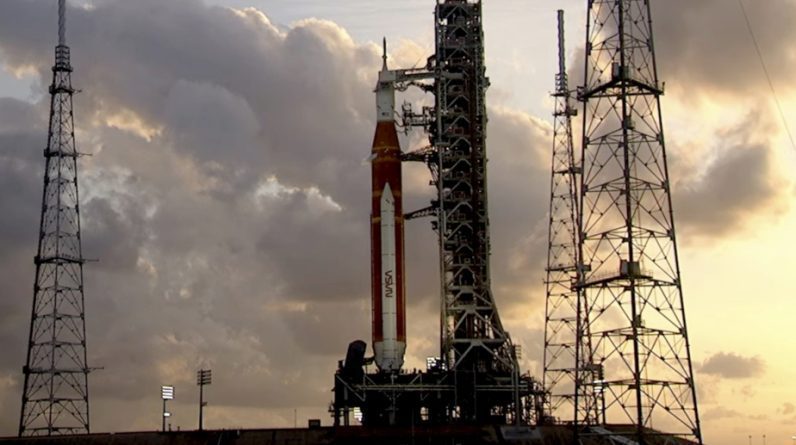 (Washington) NASA’s fourth attempt to complete a critical test for a rocket to the moon has reached nearly 90 percent of its target, officials said Tuesday, but the release date has not yet been announced.

This is the last test conducted by the US space agency before the Artemis-1 mission scheduled for this summer: a lunar spacecraft without passengers, followed by a manned capsule this time around, but not before 2026.

Problems abounded in the previous three attempts, and it was not possible to deliver hundreds of thousands of gallons of supercooled liquid hydrogen and oxygen to the rocket.

On Monday, engineers were finally able to fill the tanks. But they also had to deal with a new hydrogen leak problem that they could not solve.

“I would say we are 90% in places that should be overall,” Artemis mission manager Mike Sarafin told reporters Tuesday.

He added that NASA was still deciding whether another rehearsal was needed or whether it could be launched directly. The company has previously stated that the August window for Artemis-1 is possible.

For example, NASA officials have repeatedly pointed out that delays in testing new systems during the Apollo period are common, and that problems affecting the SLS mega rocket are not a major concern.

While the Orion capsule is protected above, SLS’s Block 1 is 98 meters high – taller than the Statue of Liberty, but slightly smaller than the Saturn V rockets that directed Apollo’s missions to the moon.

See also  A “glass universe” could be in front of us

Artemis-1 will have to travel long distances to the moon during a test flight this summer.

Artemis-2 will be the first test with a crew, flying around the moon but not landing, while Artemis-3 will see the first woman and the first person of colored land at the moon’s south pole.

NASA wants to establish a permanent presence on the moon and use it as a testing ground for technologies needed to travel to Mars in the 2030s.