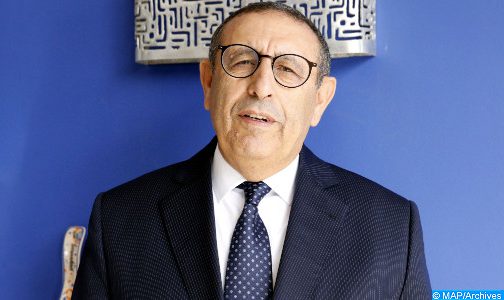 JOHANNESBURG – Morocco’s ambassador to South Africa in Johannesburg on Tuesday said that Africa’s development inevitably fulfills the human aspirations of its people and the continent through a cohesive partnership. Yusuf Amrani pointed out.

Speaking at a conference organized under the theme “Towards TICAD8: Improving Africa’s Economic Integration in the Post-Crisis”. Amrani recalled that African partnership elections lead to an ambition that focuses on human development. International view.

According to the ambassador, the continent’s political decision makers maintain a synchronization of African approaches that “promise to advance Africa’s agenda of breaking the flaws of the past.”

In this context of renewed political will towards end-of-life international cooperation, Mr. Amrani stressed the great importance of TICAD, which is a central, important and vital means of communicating with partners across the African continent. Its main purpose, in fact, is to pave the way for coherent and integrated initiatives that promote growth, but also to build understanding between Africa and Japan.

Abundant in this sense, the Moroccan diplomat argued that TICAD was “formed by gaining relevance, effectiveness and impact”. Today we note with great satisfaction that this is an international platform for the promotion of African rights and that the values ​​of partnership at all levels unite between the parties concerned.

“It is true that the prospects for African origins depend on the expression of a genuine regional integration system that supports not only economic fulfillment, but also the unification of political interests for the benefit of the continent. – Perspective political and ideological perspectives,” he pleaded.

Beyond the tools, he noted, intelligent and integrated choices should be the primary vectors of our common approaches.

During the inaugural session of the African Sovereign Investors’ Council, Mr. Amrani said, “It is time for Africa to assert itself, take its destiny by the hand and achieve status.

In this sense, “today, the African Union (AU) has no choice but to create this space where ambitions and strategies come together. Its role is to express a continental vision that breaks past attitudes”, and “the AU is the engine of Africa moving forward, self-reliant Africa and ‘growing. Africa ‘.

The Moroccan diplomat concludes, “Our African countries and decision makers are trying to meet the multifaceted challenges we now face.