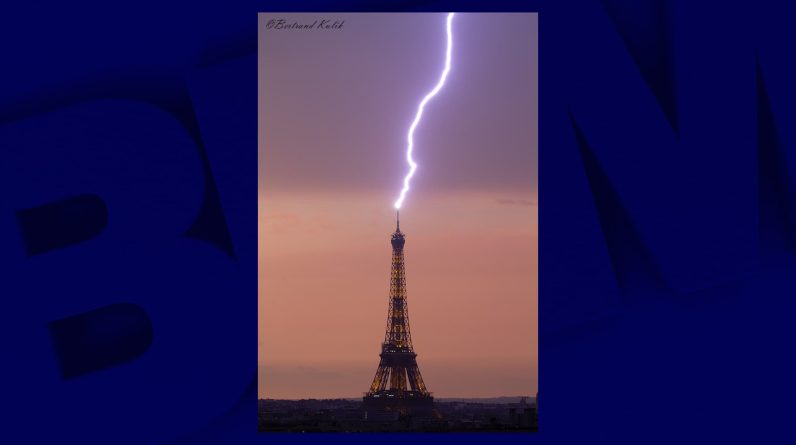 After a heat wave a few days ago, a violent storm hit the capital on Sunday evening, creating impressive images of the Eiffel Tower.

Love at first sight in the Eiffel Tower. After several days of intense heat, storms made landfall in one part of the country at the end of Sunday, leading to spectacular views, especially in the Ile-de-France. Many Internet users were able to film the lightning striking the Eiffel Tower in the evening.

An extraordinary event for the Iron Lady: Already in early June, photographer Gulick Bertrand posted two shots of the monument struck by lightning on his Twitter account.

According to Official website of the Eiffel Tower, There will be an average of five lightning strikes on the monument from 1889 onwards. A logical event, the tower is the highest point of the capital, hence the “easy target” for lightning.

“It will not affect this and will not cause any danger to the public,” the site said, as four lightning rods were installed on top of it, allowing electricity to dissipate.

This week, much of the region should be marked by storm episodes. This Monday, the storms will be mainly organized along the southwest / northeast axis According to Meteo France Strengthens Monday evening.

Until Saturday, Météo-France explains that “meteorological conditions are favorable for the development of thunderstorms, which will be strong domestically” before the first calm on Sunday, June 26