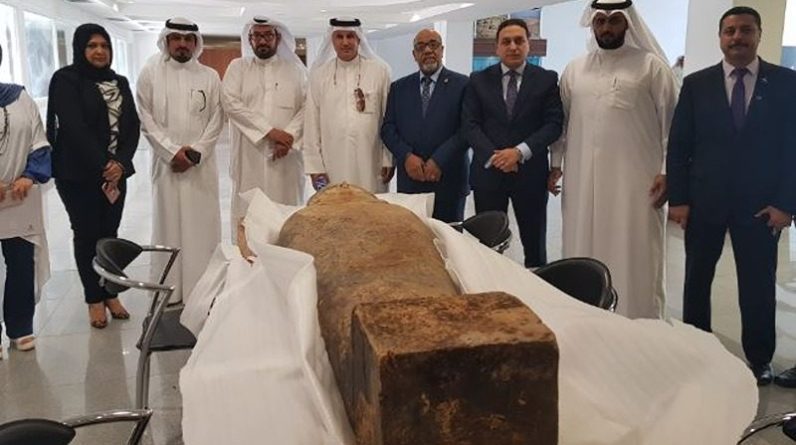 A Kuwaiti official has said that Kuwait has returned five baronic items smuggled to Egypt.

Sultan Al-Duwaish, Head of the Department of Art and Museums of the National Council for Culture, the Arts and Literature of Kuwait (NCCAL), presented the artefacts to the Egyptian Ambassador to Kuwait.

Al-Duwaish said five Egyptian artifacts were smuggled out of Egypt in 2019 and seized by customs at a Kuwaiti airport.

Several Kuwaiti agencies, including the Ministry of Foreign Affairs, the Airport Customs Department and NCCAL, have collaborated with the Egyptian Embassy in Kuwait to inspect and return these monuments in accordance with international agreements.

He said this was the second time that historic items had been delivered from Kuwait to Egypt, and that the first item was a wooden box cover.

The Egyptian Ambassador to Kuwait, Osama Shouldwood, praised the role of Kuwaiti companies and their tireless efforts to return the goods to their original location.

“These artefacts will be returned to Egypt and subjected to further scrutiny to determine their significance,” the ambassador said.

According to the Kuwait News Agency, four items seized in Kuwait included statues of Amenhotep III, Amun-Ra and the Egyptian pharaohs, including the ancient Egyptian god Horace and a stone mural.