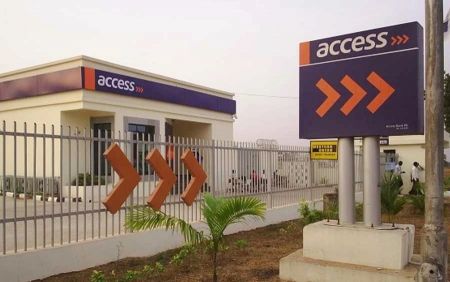 (Ecofin Agency) – Credit tax is part of a global funding of nearly $ 500 million, which will be released this quarter by the International Development Fund to fund projects in various sectors and regions of Africa.

The Board of Directors of the Development Finance Corporation (DFC) has approved a number of loans and equity transactions in Africa this quarter, including a loan of up to $ 280 million to Nigerian commercial bank AccessBank.

This funding is the maximum funding provided by a US company to a company in Africa during this quarter. According to the DFC, this loan will enable access banking “As the Bank is committed to supporting women-owned and headed businesses, close the financial gap for small and medium enterprises and anticipate fundraising.”

The US Development Fund has approved 11 other grants in Egypt, Zambia, Ghana, Mozambique, Kenya, Malawi and Tanzania and various other sectors in the West African region. In total, it will release nearly $ 500 million to the African continent, a $ 1.4 billion total envelope Its board of directors decided in favor of Asia, Eastern Europe, South America, the Caribbean and Africa.

When First quarter 2022Access Bank Group’s customer loans stood at 4.2 billion naira (10.11 million naira) against 4.1 billion naira at the end of March 2021. Bank microphones, listed on the Nigerian Stock Exchange, are a key link in the operation of small and medium enterprises (MSMEs).

In early June, Access Bank announced that it was developing the capabilities of MSMEs and creating networking opportunities for these structures. According to him, MSMEs represent a key segment of the Nigerian economy because they contribute more than half of the country’s gross domestic product (GDP) and generate more than 60% of jobs.