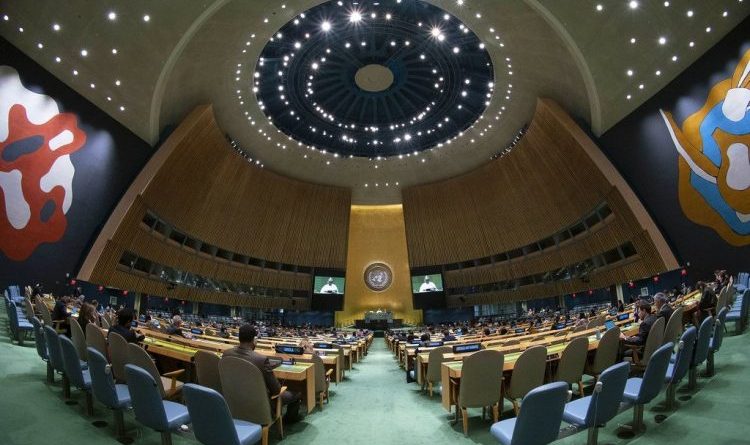 The Qatari government has backed the initiative. ” Creative The autonomy proposed by Morocco is the basis for any realistic solution to the regional conflict over the Sahara.

Speaking at the C24 Annual Meeting, Qatar’s Representative expressed his support for the UN Secretary – General’s efforts to reach a lasting and mutually acceptable political solution under the auspices of the United Nations and within the framework of a respectful process. National Sovereignty of Morocco.

Kuwait, for its part, reaffirmed its support for a political solution within the framework of Moroccan Sahara sovereignty and territorial integrity.

” Kuwait reiterates its support for Morocco’s autonomy initiative, which is a constructive basis for finding a mutually acceptable solution between all parties to Morocco’s unity and sovereignty. Kuwait’s representative underlined during the 24th (C24) Annual Meeting of the UN, reiterating the unified position of the Gulf states on the question of the Moroccan Sahara.

He renewed his country’s support for the UN Secretary-General’s efforts, which made it possible to hold two roundtables in Geneva with the participation of Morocco, Algeria, Mauritania and Policario, and in accordance with relevant Security Council resolutions.

” My country supports the autonomy initiative put forward by Morocco and the Security Council has described it as serious and credible. The regional controversy over the Sahara underscores the representative of the United Arab Emirates.

He noted that the initiative represents an “important solution” that complies with the Charter and UN resolutions and safeguards the territorial integrity of the Kingdom of Morocco.

Speaking at the meeting, the Jordanian representative highlighted Morocco’s commitment to efforts to achieve a lasting and conciliatory political solution to the Moroccan Sahara problem by presenting a plan for autonomy in 2007.

It is a “serious and realistic plan” that takes into account the uniqueness of the region and the full sovereignty of all territories of Morocco, noting that the self-reliance plan is consistent with the United Nations Charter. .

Based on the relevant Security Council resolutions, the UN is committed to advancing the political process towards a realistic and lasting solution to this problem. The Jordanian diplomat further praised the Secretary-General’s efforts.

Meanwhile, Morocco’s efforts to improve living conditions in the southern provinces and combat the Covit-19 epidemic were highlighted by the speaker.

He welcomed the “fraternal, historical and strategic” ties that connect Morocco and Jordan, adding that the two countries are connected by continuous cooperation and coordination at different levels.

In this sense, he recalled that his country opened its consulate in Laâyoune last March.

UN Security Council calls for immediate end to hostilities The SG’s personal envoy, Stephen de Mistura, welcomed the efforts of all countries to restart the political process around the Moroccan Sahara, and said they wanted to implement a lasting solution to the dispute in the best interests of all parties. In support of strengthening stability and cooperation in the region.

See also  Teenagers in Kovit Isolation: 'I felt like suffocation'