Home World Sudan: 15,000 sheep heading for Tabaski in Mecca drowned in a shipwreck. 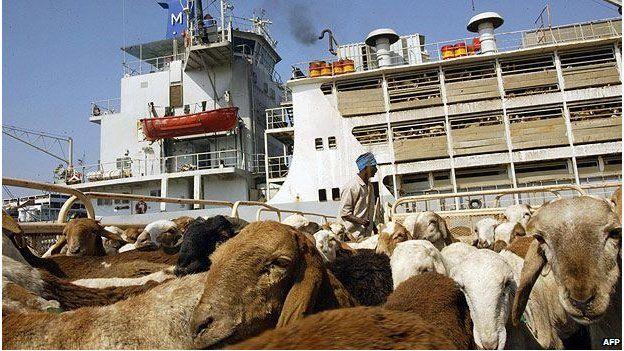 # In other countries : More than 15,000 sheep drowned in the Red Sea off the coast of Sudan on Sunday, local officials said.

The ship, bound for Saudi Arabia for the needs of Eid al-Kefir, sank shortly after leaving the Sudanese port of Suwak, a commercial hub for many African countries, 800 km northeast of Khartoum.

The cause of the sinking was not immediately known, but according to him, the ship was “beyond the maximum load”.

Another port official confirmed the incident and assured that the crew had been rescued but the animals had not been rescued.

He said he feared “environmental damage after thousands of animals drowned in the Red Sea” and disrupted port operations.

Suakin Port is located 60 km south of Port Sudan, the main port of the country. On May 25, its docks were destroyed by fire. An inquiry was opened to find out the reasons.

Imports and exports from Sudan, Chad, Ethiopia and the Central African Republic, as well as oil from South Sudan, pass through Sudan’s Red Sea ports.

Sudan, one of the world’s poorest countries, has lost 40% of its revenue since the international community suspended its aid in October in retaliation for the coup by General Abdel Fattah al-Burhan, the military commander.