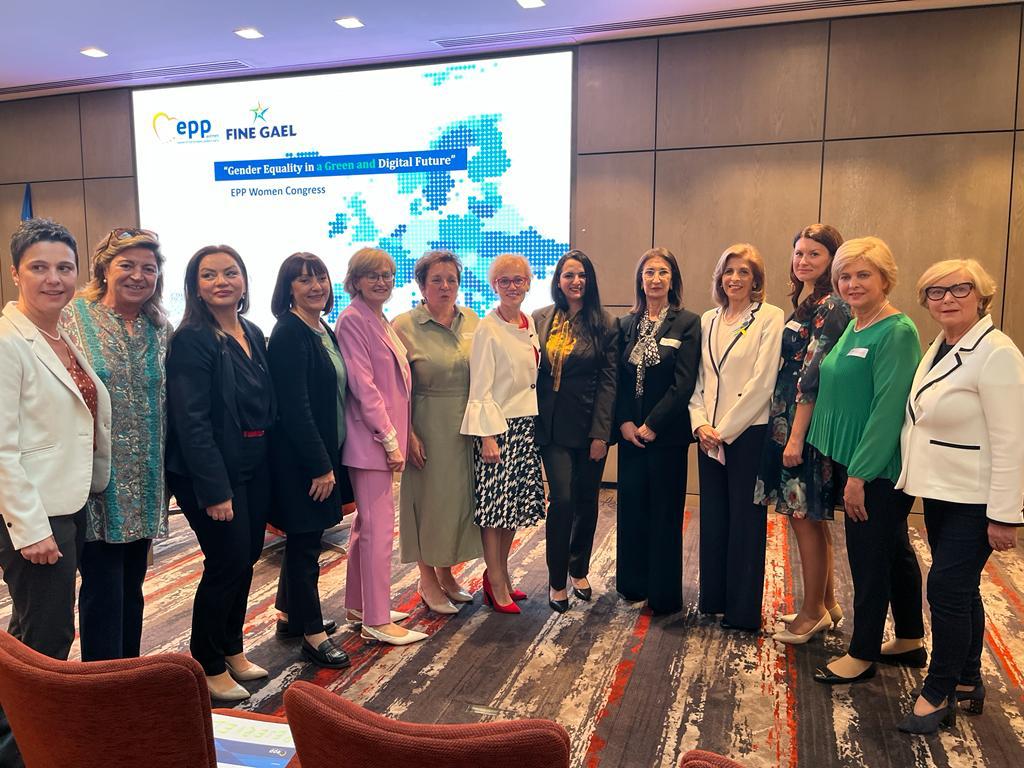 The city of Dublin hosted the EPP WOMEN (European People’s Party) Conference on June 10 and 11.

Founded in 1981, it has about 60 members from 43 European and non-European political organizations; She works for the political emancipation of women, for promoting gender equality in the workplace and for protecting the rights of entrepreneurs and women, not only in Europe but also in the Middle East and North Africa.

It was at this point that a group of women representing the RNI – integrated into the EPP as a partner member party from 2018 – traveled to Dublin in the presence of Amina Bengatra (second participant in the event) and Fatin Khali.

Morocco’s participation in this important event first provided an opportunity to strengthen ties between the RNI and the EPP.

During this conference, some of the richest conferences on the topic of gender equality in the green and digital future were held, particularly the opportunity to meet with European Commissioners and Ministers:

-Malread McGuiness, European Commissioner for Financial Stability, Financial Services and Capital Markets
-Stella Kryakits, Commissioner of Health and Food Safety
– Francis Fitzgerald, MEP Fine Gale, Member of the Committee on Economic and Monetary Affairs and Member of the Committee on the Rights of Women and Gender Equality
– Helen McCandy, Minister of Justice of Ireland.

The conferences emphasized the important role of women in the economic and social development of countries and the representation they need in political organizations.
According to Amina Pengradra: “As part of the digital and green revolution that is being produced, it is important to have all the resources needed to prepare women to face this change; millions of jobs will be created and women will have their due place in this green and digital revolution.

See also  In Madagascar, the United Nations was the first famine in history caused by global climate change

In this context, the EPP Women and RNI Women’s Associations are called upon to mobilize to protect and support women in the face of these challenges.

The participation of the RNI Women’s Association is a testament to the strength of the EEP’s relationship with women and especially the place given by the EPP to the RNI and its President Aziz Akhannouch, who contributed to this goodwill and established cooperative relationships with the EEP and all. The European political parties that make it up.

All participants paid a heartfelt tribute to Doris Beck, who has been the leader of EEP Women for 22 years and defended all women’s rights with strength and commitment.
The rally was an opportunity to elect a new board of EPP women and a new leader to chair the organization, Rosalia. Bureau.