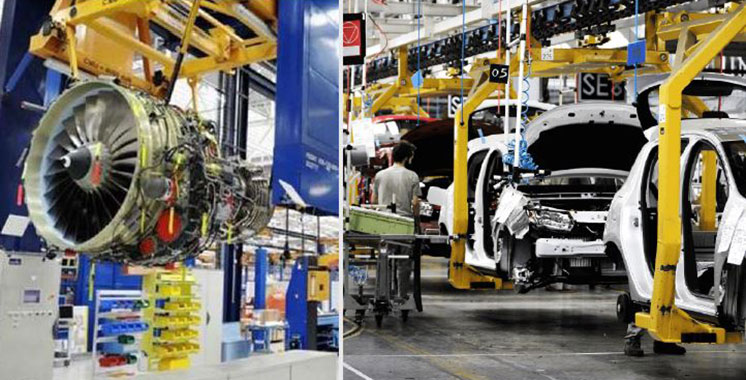 According to a recent report by EIB, EBRD and the World Bank

Recent reports from the European Investment Bank (EIB), the European Bank for Reconstruction and Development (EBRD) and the World Bank cite Morocco’s experience in industrialization as an example. Entitled “Unleashing Sustainable Private Sector Growth in the Middle East and North Africa”, this work analyzes barriers to private sector product growth in the region. It is based on the “Mena Enterprise Survey” conducted in 2018 and late 2020 among more than 5,800 companies in Egypt (3,075), Jordan (601), Lebanon (532), Morocco (661) and Tunisia (615). In the West Bank and Gaza (365).

The report points out that in terms of trade and innovation, Morocco and Tunisia have chosen an economic model suitable for exports and industrialization, supported by an active policy of attracting foreign direct investment. The thing that allowed technology and knowledge to change. “For example, Morocco has become a major supplier of global value chains in the apparel, automotive and aerospace industries,” the three companies said in a statement. The report lists two key constraints cited by companies operating nationally in relation to key findings of Moroccan companies. In this sense we will cite corruption and taxation. It should also be noted that all economies in the Mena region, with the exception of Morocco, have considerable political influence.

Overall, the business environment in the MENA region is lagging behind due to various factors, according to the survey. Political influence and informality undermine fair competition, bringing economic benefits to a limited number of companies. Similarly, customs and trade regulations are very serious barriers for companies and other countries in the MENA region. In this regard, the report calls on economies in the MENA region to reduce regulatory barriers to trade, promote competition and reduce incentives resulting from political influence and informal business practices. The region needs reforms to adapt to the global agenda of controlling climate change, improving sustainability and protecting the natural environment, adopting innovative, digital technologies and facilitating investments in human capital.

See also  Ukraine - Dozens of people have been killed on both sides in attacks on the Ukrainian cities of Sumi and Kharkov.