Home World Italy: Formation of a parliamentary interim committee to support the autonomy plan in the Moroccan Sahara 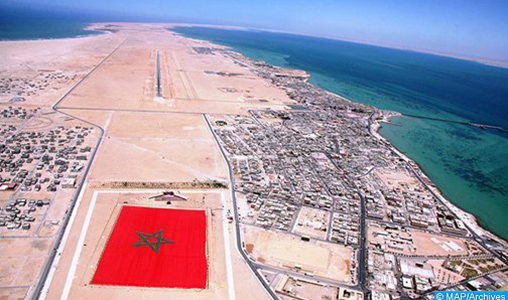 ROME – A parliamentary committee in support of the Moroccan Autonomous Plan has been set up on the initiative of several representatives and senators from various Italian political groups, members of parliament Marco de Mayo and Urania Babatu said in a statement on Monday. .

In response to calls from the Security Council and the international community, the Italian parliamentarians pointed out that “the Kingdom has begun a positive movement through its program of autonomy for the Sahara of Morocco with the support of various African, Arab, Asian and American countries.”

“Our aim is to strengthen the efforts of the United Nations to find a political, practical and achievable solution based on compromise,” they explained.

“As noted by Italian Foreign Minister Luigi de Mayo during his recent visit to Morocco, Italy is paying close attention to Morocco’s efforts to reach a just political settlement,” they recalled. That’s part of the perspective. “

The conflict in the Moroccan Sahara is one of the obstacles to a strong and united face of many common challenges, such as security, terrorism and climate change. ” .

The autonomy initiative proposed by Morocco in 2007 to end the artificial conflict around the Moroccan Sahara is gaining more and more popularity, credibility and presence.

After the United States, many African, Arab, and Asian countries, Germany, Spain, and most recently the Netherlands recognized the plan of autonomy as the only serious, credible, and realistic solution to the newly created regional dispute around the Sahara of Morocco. .