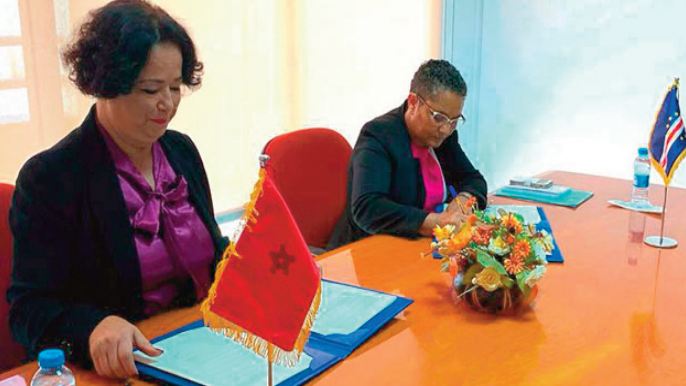 Latifa Agarbagh, chairwoman of the High Commission for Audiovisual Communications, signed with Arminda Barros, chair of the Communications Regulatory Commission (ARC) in Cape Verde last Friday, the first joint venture to merge the Moroccan organization with a subsidiary. Portuguese-speaking company based in Africa.

The signing ceremony took place at the ARC headquarters in Priya in the presence of HACA Director General Benoit Azlon and several Cape Verdean media officials.

The two independent organizations responsible for media regulation agreed to strengthen their exchanges under this agreement and to integrate experiences related to key issues of regulation such as enhancing audiovisual communication freedom and strengthening pluralistic political and social expression in the media. Guarantee of representation of cultural and linguistic diversity, in the context of the new media practices desired by the security of young audiences, especially the digital transformation of the media and communications.

The signed agreement provides a software solution developed by HACA and dedicated to monitoring audiovisual programs known as “HACA Media Solutions” (HMS) for the benefit of the Cape Verde controller.

On this occasion, Latifa Akharbach told her Cape Verdean vis-à-vis that “this is the first time that HACA has set up an HMS software interface in Portuguese to facilitate CRA executives”. For her part, Ms. Arminda Barros welcomed the firmness of the lines of cooperation adopted by both organizations.

He also expressed his satisfaction over the provision to the ARC of the monitoring system developed by HACA. HMS enables us to establish a reliable, efficient, and modular surveillance system for audio – visual media broadcasts throughout the Cape Verdean archipelago on the island of Santiago and the capital, Priya or Sal, Boa Vista and the neighboring islands of Chao. Vicente, she meant. ”

During the speeches made during the signing ceremony, the two Presidents strengthened their consultation within the framework of joint action within the network of African liaison regulatory authorities. Period of the year.

In addition to the official launch of work to establish an HMS solution within the technical and information technology sector of the Cabo Verdeen Media Regulator, the visit plan will include ARC President Arminda Barros and work sessions. The public service is the general organization responsible for television broadcasting, visiting the headquarters of the radio and television operator, Radio Television to Cabo Verde and Capo Verde Broadcast.