Home Economy Tanker Med, the 6th most efficient container port in the world 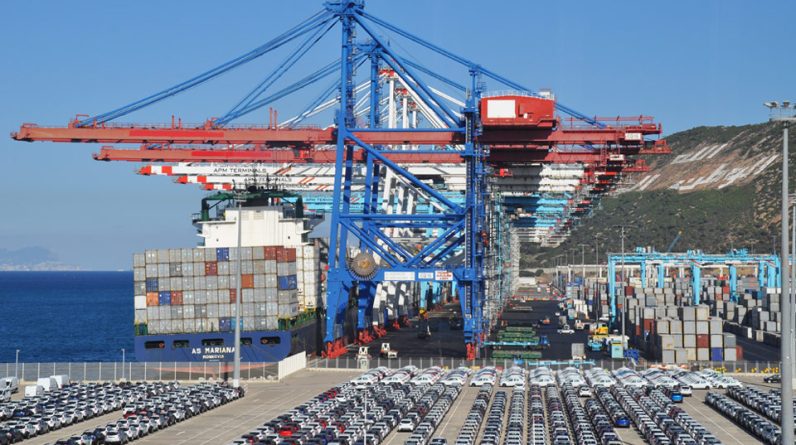 The World Bank, in association with US company S&P Global, released this week2021 Container Port Performance IndexPorts in the Middle East and East Asia show how they have “responded optimally” to the strong growth and service instability caused by the effects of the global Covid 19 epidemic.

“Middle Eastern ports rank fourth in the top five in the second edition of the World Container Port Performance Index (CPPI)”, the World Bank welcomed, recalling that the CPPI serves as the benchmark for global container port performance. Criteria for key stakeholders in the world economy. It aims to identify gaps and opportunities for development that benefit all key stakeholders in global trade, including governments, shipping lanes, port and terminal operators, shipping exporters, logistics companies and consumers.

Tanker Port is ranked 6th out of 370 world ports. Qualified by the report as “the highest rated port in Europe and North Africa”, amassing 178,096 points with a value of 80,411 out of 100. The port on the Strait of Gibraltar is preceded by the port of King Abdullah in Arabia (1st), the port of Salalah in the Sultanate of Oman, the port of Hamad in Qatar, the port of Yangshan in China and the port of Khalifa in the United Arab Emirates.

Tanker Med, the first port in Europe and North Africa

Morocco’s main port is ahead of China’s Ningbo-Joshan port, Saudi Arabia’s Jetta, Canton (China), Yokohama (Japan) and Al Jazeeras (11th) in Spain. . The report notes that the Tanker Med port is the largest in Europe and North Africa, particularly the port of Algiers, the port in Egypt and the port of Barcelona in Spain.

Tanker Med also appears in the ranking of major ports, capable of handling 4 million TEU containers, behind the port of Salalah in Oman and the port of Yangshan in China. 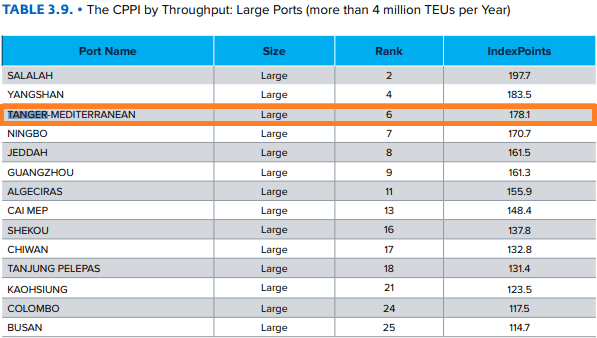 The ports of Agadir and Casablanca are also included in the overall rankings. The first ranks 260th and the second 262nd.

The Container Port Performance Index is based on the total number of port times a ship calls, defined as the time elapsed from the time a ship reaches port to the time it completes its cargo transfer and departs from Perth, the World Bank recalls. Large and small workloads are calculated by examining basic data within ten different call size ranges. The report recalls that by 2021, port congestion and global supply chains will be unprecedented.

It should be noted that the Tanger Med Activity Report for 2021, released last January, handled a container traffic record of 7,173,870 twenty-foot equivalent containers (TEUs) in the Mediterranean, registering a growth of 24% compared to 2020. Performance was illustrated by the launch of the TC3 terminal in 2021. The port handled 101,054,713 tonnes of cargo in 2021, setting another record with a growth of 25% over the previous year.