Home Science “Earth is not going to disappear, the problem is human survival” 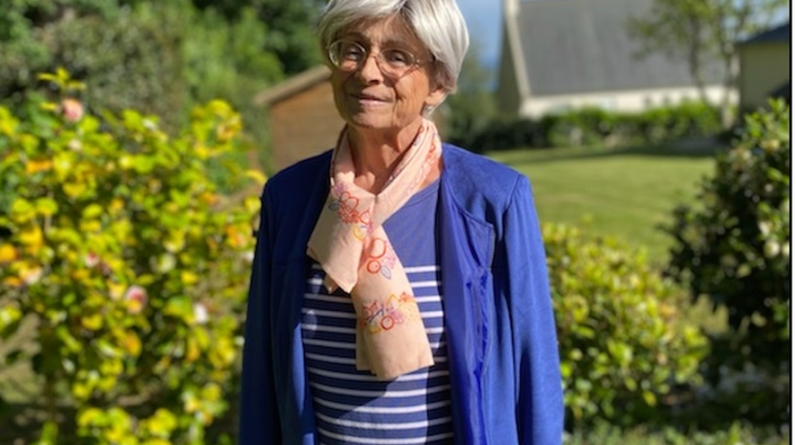 Essential
Anne Nedelek, Associate Professor of Natural Sciences and Professor of Earth Sciences at Paul Sabadier University in Toulouse, has published a fascinating book in which she describes the formation of the earth. It is entitled: “Earth and Life: 4 Billion Years of History” (ed.Odile Jacob). Interview.

In your book, you propose a long journey of more than 4 billion years, in which you explore the formation of the earth. Is this a summary of your research in geography?
Surely. Everything recorded in the book is the work of many people for a long time, I am involved in some. It is to my advantage to be able to read different periods of Earth’s history. That’s how I created a coherent and complete story.

Is your book aimed at beginners?
No. I do not want to write an academic book, but rather a book aimed at everyone and those interested in Earth and cosmology will be interested regardless of their previous background.

Do rocks essentially allow us to understand how our planet came to be?
At the beginning of the creation of the earth, we have only one source of information: meteorites. These are more or less large objects that testify to the beginning of the formation of the solar system, and more precisely its planets. On Earth, it is not possible to find rocks that are more than 4 billion years old, whereas, from their origin, we are lucky to have recovered them intact. Then other information comes from earth rocks, found here or there.

So our planet is more than 4.5 billion years old woman …
Absolutely. But since the universe counts 13.8 billion years, it must be put forward. So, next to that, Earth is not one of the oldest planets.

How was the earth born?
A nebula is, in other words, a cloud of dust and gas. This cloud tends to focus. At its center forms a star and planets.

Did the moon come after the earth?
Yes, it is the result of a specific event. Earth was shocked by Thea, a small planet about the size of Mars. The moon was born from this shock because Thea had disappeared as part of the earth. The result was a new cloud of dust above the earth. After a while, this debris came together to form the moon.

What made the earth a habitable planet?
This is its position relative to its stellar sun. As is the case with Earth and Mars, life refers to the existence of liquid water, but being habitable does not mean that life appeared (the question is posed to Mars).

Who were the first people to live on earth?
The first fossil traces are 3.7 billion years old. They were single-celled bacteria-like microorganisms. Initially, life was only aquatic because the surface of the oceans was so vast. In addition, the atmosphere is very rich in CO2, without oxygen, without ozone, which protects organisms from aggressive UV rays.

Based on your knowledge of the earth’s past, how do you view its future?
I understand that the earth has always changed for internal (geographical) reasons and for reasons related to the existence of life. It is important for us to understand this. Our planet is subject to great changes related to the existence of living things. 2 billion years ago, the microbes of that time created the oxidized atmosphere. This is what keeps us alive today.

In global warming, are we running towards our own goal?
Today, if man does not control the use of fossil carbon resources, the climate will continue to heat up. That means the environment of the earth will change. Adaptation will be in our hands. But the earth is not going to disappear. The problem we face is human survival.