Home Technology IOS 15.5 Available on iPhone and iPad: What Will You Find There?

Apple has just released the new iOS 15.5 update. It does not bring anything revolutionary, but some welcome improvements, including the possibility (more or less in disguise) of developers using external links in some apps that lead to payments outside the App Store. .

After weeks of waiting, iOS 15.5 is finally coming out of Apple, and it does not bring any major obvious changes, but several useful and well-hidden fixes.

Apple announces update and some improvements and fixes on Apple podcasts. But more often than not, Cupertino is stingy in its descriptions of security patches in the iOS 15.5 update. However, many of them are very interesting.

You can now better manage Apple Podcasts storage space. You can limit the number of episodes automatically stored and delete old ones to prevent unwanted episodes from accumulating and occupying too much space on your device.

Departure based on the location of the iPhone and the arrival error automation error will be better taken into account in this new update. This will prevent disabled automations from failing in some situations.

In Home Apps and Settings HomePod, We have found the icon indicating the strength of the Wi-Fi signal. Fixes connectivity issues that some users may have encountered between their connected speaker and the iPhone. It will now be easier to know if the connection between the two devices is good. 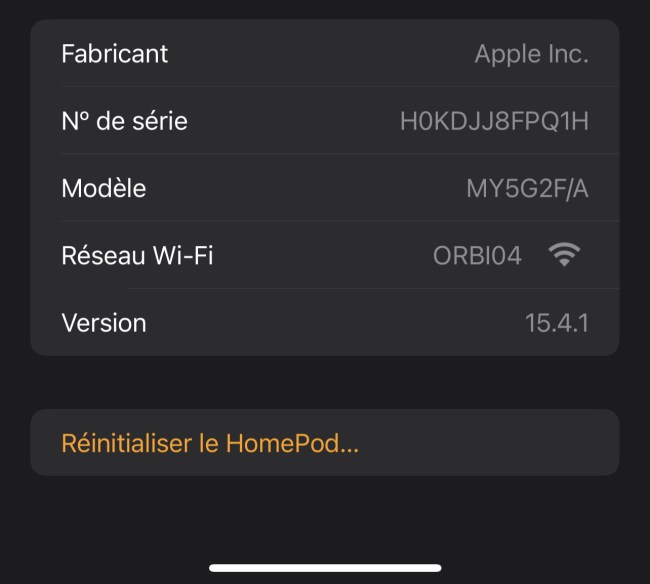 Additionally, it can now notify you of important alarm rates in your home. Connected objects (such as smoke detection idle or alert, sensitive noise) will then send you an audible notification, even in non-annoying mode.

According to AppleInsider, “among other edits” provided by Apple, The Reader Applications (Books, newspapers, audio streaming, video streaming) can now support all types of external connections. So that means Netflix, Spotify and many more can guide users Paying outside the App Store.

This will allow the app to redirect users to other secure payment sites to purchase only digital content (books, newspapers, audio streaming, video streaming). As soon as this takes effect, a message will appear from Apple stating that you are leaving its environment and that the company now disclaims all responsibility.

The Photos section will prevent you from creating memory albums of important places or events. According to initial findings, these may be Holocaust-related photos (for example, visits to concentration camps), but Apple could expand the list over time. The PS5’s DualSense adaptive triggers are better reflected in the games that support them.

Attitude of WWDC Developer Conference June 6 explains this minimal update, without the major upgrades expected. It could be iOS 15.6 version or simply iOS 15.5.1.

Which devices are affected by the update?

If you did not configure the download and installation of updates automatically, you need to go to the Settings app on your iPhone or iPad. General> Software Update Check if it is available and start it.