Home World An Emirati astronaut travels on the ISS 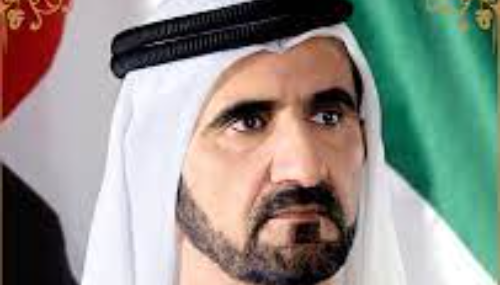 Sheikh Mohammed bin Rashid Al-Maktoum, Vice President of the United Arab Emirates and Ruler of Dubai, announced on Friday that an Emirati astronaut would be sent into space for a six-month mission to the International Space Station (ISS).

Sheikh Mohammed bin Rashid Al-Maktoum wrote on Twitter that “a new milestone has been reached by signing a new agreement to send the first Arab astronaut for a 180-day journey to the International Space Station.”

“I am proud to think of Emirates youth,” he added.

The Mohammed bin Rashid Space Center (MBRSC) and Axiom Space signed an agreement on Wednesday at the Emirates Embassy in Washington, according to the Emirati daily “The National”.

The astronaut will be part of the SpaceX Crew-6 mission, which is scheduled to launch in 2023, according to the same source.

The first Emirati spacecraft was launched in September 2019 for an eight-day mission on a Soyuz rocket from the Russian Pygmalion Cosmotrome in Kazakhstan.

In July of the same year, as part of the Arab world’s first interplanetary mission, the country was launched from the Japanese space center at Tanekashima, the unmanned spacecraft carrying the “Hope” probe into orbit around Mars.

Emirates also plans to send an unmanned rover to the moon by 2024.