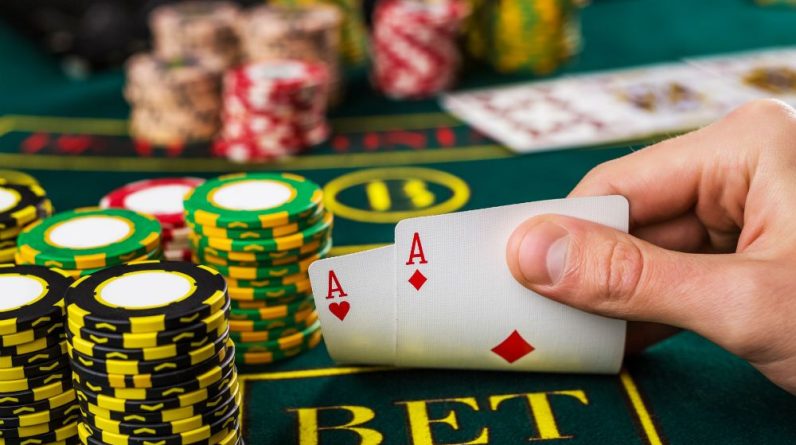 Gambling has always been seen as a very Irish pastime. Like their neighbours just across the Irish Sea, placing bets on the races on the weekend was just part of life. Thanks to the ingrained nature of betting in Irish culture there has been very little regulation since gambling became legal over 100 years ago. Having said this, attitudes towards gambling have shifted rapidly in the past few years alone as consumers become increasingly aware of the harm that gambling addiction can cause, not just to one person but to their entire family.

Gambling Reforms in the Past

In 2018 the UK Government announced a gambling reform, looking at how betting companies are allowed to advertise and how players should use the services provided by bookmakers and casinos. It started with bans on credit cards and staking limits and is now focusing on limiting the industry’s appeal to younger audiences especially surrounding online casinos in Ireland.

When it comes to gambling legislation, where the UK leads, Ireland traditionally follows. This led to the false idea that the UK Gambling Commission also had some say over Irish regulations. It doesn’t, but it’s possible that the Irish government want to see what happens in the UK before putting their own law in. The Irish ban on credit cards for gambling followed just a few months after it was implemented in the UK, as did the newly reduced staking limits. So when the Irish government announced a reform of the current gambling legislation it didn’t take anyone by surprise, but it’s also well overdue as Ireland has a large population of problem gamblers as well as a sizeable population of those that are classed as at risk. Just like the UK government, the Irish government have been arguing over new gambling legislation for years but the reform is finally underway.

See also  Cyberpunk 2077 goes gold, what does that mean

Who is in Charge of Gambling in Ireland?

One of the biggest issues with gambling in Ireland is that no one really seems to know who is responsible for overseeing the industry as there is no official regulator in Ireland. The Gambling Control Bill of 2013 states that betting is governed by the Betting Act of 1931 but doesn’t list anyone to oversee it. The Irish police are in charge of issuing permits but don’t have the resources to ensure that operators are acting lawfully. One of the biggest focuses of the reform is the need to establish an independent regulator. The Irish parliament have said that the new regulatory body should be given powers to revoke or suspend gambling licenses, freeze accounts and block incoming payments where necessary.

A Change in Gambling Advertising

Just like the UK gambling reform, advertising is a top priority for the Irish Parliament as studies have shown that advertising is increasingly attracting young and vulnerable people. Currently, the Irish government haven’t released any new guidance on advertising, but they have said that once the regulatory body is in place they will be responsible for issuing guidelines on this and they’ve also hinted that there could be a ban on portraying children as well as enhanced regulations around frequency and airtime.

Enhanced regulations surrounding promotions have also been proposed, which include a ban on free bets as either a new player bonus or a loyalty bonus for existing players. This is critical as it’s a tactic that a lot of bookmakers use to get new players, although they haven’t mentioned a ban on promotional tactics in general so gambling companies are likely to simply change their offerings rather than remove them entirely.

What Other Changes Might We See with Irish Gambling?

Finally, the government are said to be in talks to create a new social impact fund. Licensed operators would be required to pay a regular fee, with the income being used to cover the costs of gambling addiction treatment and support groups, as well as funding gambling addiction awareness campaigns.

When the initial legislation was set out in Summer 2021 the government indicated that they wanted to move forward by Autumn, but nothing happened after this initial timeline was suggested. Having said this, the Irish Minister for justice gave a speech on his plans for 2022 and restated the urgency of needing to undertake a reform of current gambling legislation. The minister didn’t provide a timeline for new regulations but spoke of his commitment to establishing a gambling regulator and said that he hoped the new organisation would be in place by early 2023. With this being less than 12 months away it is hard to say whether it is something that they’ll be able to make happen, but one thing we can be sure of is that gambling in Ireland is going to go through some industry-wide changes that both industry insiders and players should be aware of and prepared for.

The Future of Gambling in Ireland

Much like gambling in the UK and the US, which have both gone through recent regulation changes we are likely to continue to see Irish gambling rules change and adapt. Regulations surrounding this industry tend to change as demands shift and trends change, so they can be a little behind the times.

What we are seeing in the UK is a shift in who takes responsibility for making sure that gamblers act responsibly and are kept safe while they access gambling services. There is definitely pressure being placed on gambling operators to make sure that they take responsibility for who uses their platforms and how they are used. For example, affordability checks are being put in place and a ban on things like being able to use credit cards to deposit into accounts, which Ireland has already followed suit with.

Gambling is certainly a much loved Irish pastime and so it is not one that we are likely to see disappear anytime soon. However, much like other parts of the world the way it works and the rules surrounding it are likely to continue to change and adapt, but we’ll have to wait & see what that looks like and what that will mean for Irish gamblers.