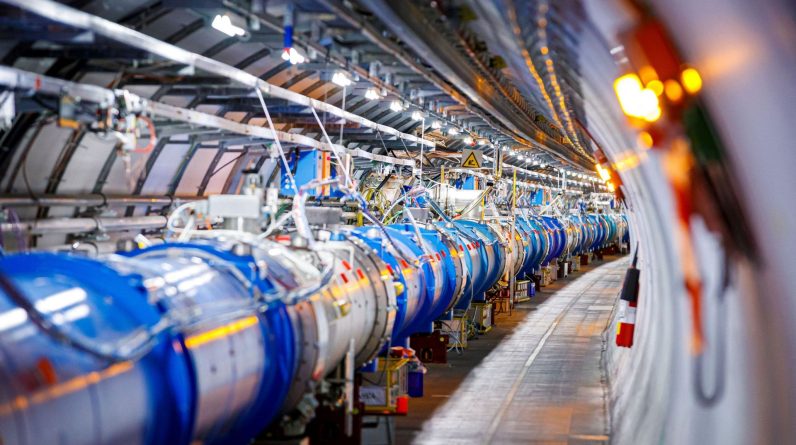 After more than three years of maintenance and improvement work, the world’s largest research machine is back in service. The European Organization for Nuclear Research (CERN) will resume its major Hadron collision (LHC).

The first two beams of the particles are to be sent Friday in opposite directions through a 27-kilometer circumference underground ring located at the Gates of Geneva on the Franco-Swiss border.

The Suspension of the world’s most powerful accelerator stable from 2019, Extended due to infection. Its resumption should spread in several phases.

It takes six to eight weeks for the engine to run at full speed, after which proton collisions may recur, revealing knowledge of the basic laws of the universe.

The particle accelerator allows to simulate the time it takes for the universe to form, About 14 billion years ago. During collisions, researchers observe decomposition processes and gain insights into elementary particles, the smallest components of matter.

Among others, The Higgs boson, theoretically described 40 years ago, was first discovered in 2012 at CERN.. This allows the elementary particles to have mass.