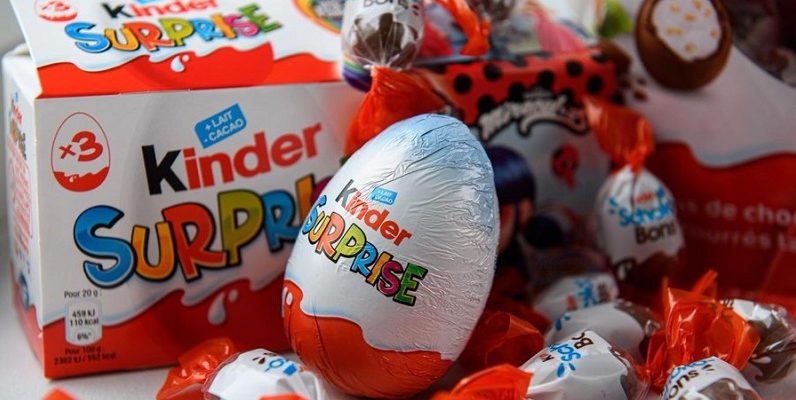 Ferrero defended himself after being accused of being slow to react following the presence of Salmonella at its kinder factory in Belgium. The global confectionery-chocolate company says it has no French branch “Warns by British authorities on March 30”.

The reaction came after a voluntary charity called Foodwatch alleged that it had been warned of the presence of Salmonella in its Belgian factory since mid-December. Since the end of March, the number of patients suffering from salmonellosis, similar to the symptoms of gastroenteritis, has been steadily increasing with cases being diagnosed in nine European countries. A total of 150 pollution cases have been reported in Europe. The first warning starts on March 23, British officials told the Italian team that its products could be sources of salmonella contamination. But, according to European health watchdogs, the first case detected in the UK was before December 21, when no connection was established with Kinder Chocolates.

“Then what did Ferrero do between December and March?”, Camille Dorioz, campaign leader for Foodwatch, wonders. Dorios is surprised that the product was ordered to be withdrawn in France only on April 4th. Ferrero says it has been identifying and blocking its Belgian factory blocks from being contaminated by Salmonella since December 15. The team also says it has taken health measures to eliminate the presence of bacteria.