Home World France-President: Who is the presidential candidate Emmanuel Macron? 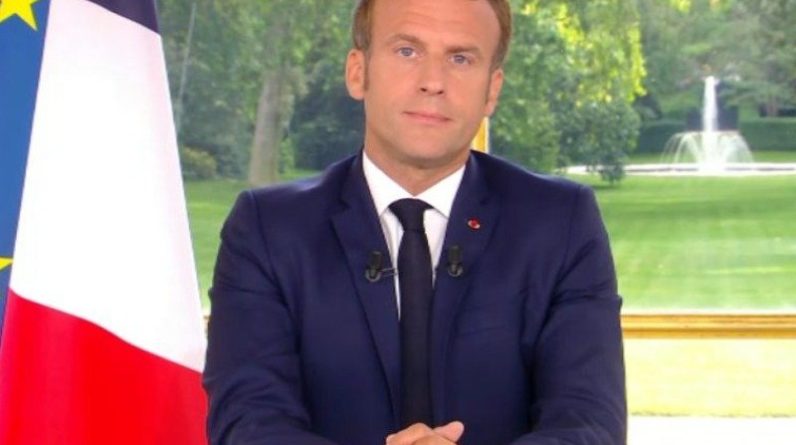 French President Emmanuel Macron has qualified for the second round of the 2022 presidential election. Who is this man who wants to stop the far right?

On May 7, 2017, at the age of 39, he became the 8th President of the 5th Republic and the youngest President in the history of Presidents in France.

Emmanuel Macron was born in 1977 to a neuroscientist father and a pediatrician mother. Throughout his school career, he was a role model and always had excellent grades.

He attended a Catholic school, where he met his fiance, and later his wife, Brigitte Drognex, a French teacher, 24 years older than him.

At a very young age, Emmanuel Macron already knew what he wanted and was determined to marry someone who would be France’s first lady.

He pursued a pioneering career in Science Po Paris, received a DEA in Political Philosophy from the University of Nanderre and in 2002 entered the prestigious National School of Management (ENA).

In 2007 he was appointed Deputy General Representative of the Atali Commission. A year later, he retired from public service and became an investment banker in Rothschild and made a fortune.

Four years later, in 2012, he joined the political world on a permanent basis, joining the team of former Socialist President Franois Hollande.

In 2014, at the age of 37, he was appointed Minister of Economy in the government of Manuel Valls II and was known for the “Macron” Act for growth, function and equal economic opportunity, which facilitates banking operations, procedures and reduces delays. .

Emmanuel Macron, a Eurofile, believes France is strong in its European context. Extremely focused on work. For him, this is a fundamental component of his policy and the value he believes in, just like any other Republican.

“I consider work to be a value because it is the first source of individual liberation and the most powerful way to free oneself from determinism: through work one can become who one wants to be,” he wrote in his autobiography.

The second value attached to Emmanuel Macron is freedom, he connects his love for the philosophy that instilled in him these worldly values;

Freedom, he said, is “for me, to understand, to discover, to analyze independently,” which is to say that he can say “whatever it takes”.

The president’s two last values, “loyalty” and “transparency, on the one hand, justify him because he is true to himself, to his values, to what he is, to what he thinks. Loyal to my family and my friends. He added.

On the other hand, according to him, transparency is the only way to progress, while at the same time positioning yourself and looking elsewhere at how things will improve.

“When I grew up and studied in France, I felt French in the viscera: I always tried to travel, happy for work, to see how it was possible to do better at home,” he said.

In 2016, Emmanuel Macron sought to breathe new life into French politics, resigning from the Socialist Party he had joined in 2001 and founding his own political movement, uniting the two traditional French political sides, the right and the left.

He says he’s on the left, and he’s from PS. He also considers himself a “liberal” and his position as a centrist attracts a large number of people because he combines ideas with each other.

See also  At the Decadal in Tunis, Japan recalls that it does not recognize the Polisario

Ambitious, hard-working, talented for business, but the son of a public servant, Emmanuel Macron worked as a financial analyst after ENA and worked as a cheater between two departments. Like a true chameleon, he feels at ease on the side of unions and employers.