Home World Hajj. Saudi Arabia is reducing the quota for travelers to a country 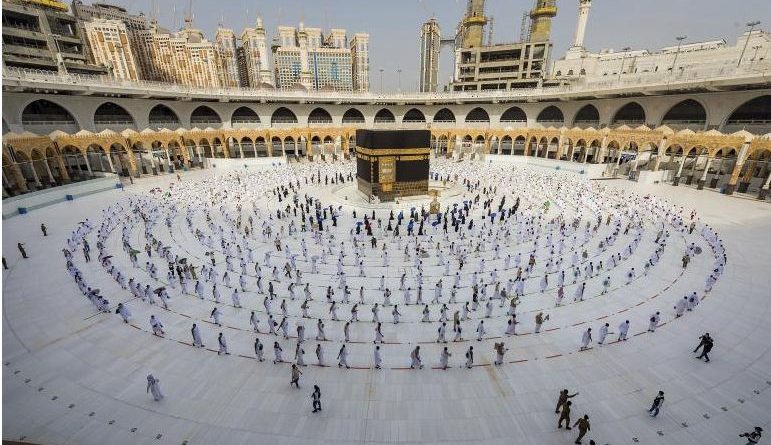 Saudi Arabia has announced that one million Muslims from around the world will be allowed to perform the Hajj in Mecca. This is the first opening for foreigners living outside the Saudi border since the launch of Covid 19 in 2020. However, allocations from various countries have been reduced by 30 to 50% due to the risks associated with the epidemic. Ministry of Saudi Hajj and Umrah.

After a gap of two years due to Covid 19, the Hajj in Mecca will take place this year in the presence of foreigners living outside the Saudi border. However, the Saudi Ministry of Hajj and Umrah said that the allocations from various countries have been reduced by 30 to 50% due to the risks associated with the epidemic. The latter announced on Saturday, April 9, that one million Muslims around the world would be allowed to attend the event.

“While ensuring that many Muslims around the world can perform the Hajj, the government wants to ensure the safety of pilgrims,” ​​the same source said in a statement. As a reminder, due to Covid 19, the huge annual pilgrimage to Mecca has been conducted with a small number of believers for the past two years: Saudi authorities have approved only 1,000 pilgrims by 2020, and 60,000 residents a year. All were vaccinated against Covid 19 and selected by slip. However, in general 2.5 million believers, in 2019, are authorized to participate.

In Morocco, if 35,000 pilgrims were sent to Mecca in 2019, with the new restrictions, the number would fluctuate from 17,500 to 24,500. For this, the allocation to private tour operators should be restructured.

Read also | Mohammad Sadiq: “We are moving towards an agricultural year that will not be lost”

Therefore, the Hajj is an essential source of income for Saudi Arabia, which seeks to diversify its radically dependent oil economy. In normal times, the two major pilgrimages, Hajj and Umrah, bring in $ 12 billion a year.

Last August, the kingdom reopened its borders to foreign pilgrims seeking to take part in the small pilgrimage Umrah. According to Saudi officials, this year’s Hajj will be restricted to vaccinated pilgrims under the age of 65. Passengers coming from outside Saudi Arabia must submit a negative PCR test of less than 72 hours.