Home World Homeless camps in New York, in view of the new mayor 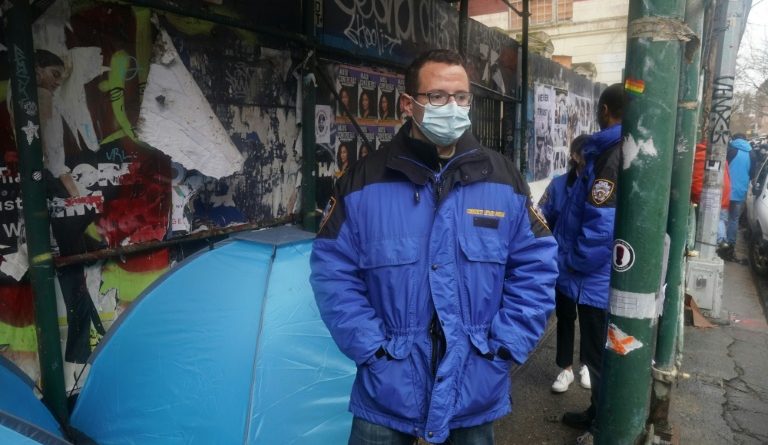 This is a scene that has become commonplace in New York: police removed a homeless camp on a Manhattan sidewalk on Wednesday, but none of the homeless agreed to be resettled in one of the city’s homes, which is very dangerous.

Under the shouts of anti-eviction activists and amid heavy police force, cleaners threw blue tents, cloths and blankets and rubbish into a rubbish bin on the ground.

Police arrested several activists and a homeless man who refused to vacate the premises, and after several hours of negotiations, residents set up their tents and offered to break into the camp.

The measures have multiplied since New Democrat Mayor Eric Adams promised in March to evacuate thousands of homeless people who had taken refuge in the metro and put an end to camps in public places.

The policy he justified by claiming that he wanted to reactivate the city after the Covid 19 epidemic, but this was rejected by his leftists.

Democrat Municipal Councilor Carlina Rivera begins by saying, “It is unacceptable to waste resources on an apparently exaggerated process when you reduce the budget for community housing.”

Under the scaffolding that protects the camp from the rain, Kevin, a 66-year-old African American who did not want to be given his last name, refused to be accommodated in one of the city’s hostels because he was victimized. Theft there, he says.

“I would not advise anyone to go to the hostel. This is dangerous, ” he said.

“We need apartments, we need houses, there are no places in hostels,” says Cynthia, one of her comrades.

This Lower Manhattan neighborhood, known as Alphabet City, is known for its poverty, especially in the nearby public park, which is visited by people without resources.

The homeless chose a site located directly opposite the Lutheran Church where free food was distributed.

His pastor, the Reverend William Cross, said, “The Kovit, especially in the first few months, still has many people living on the streets, and the queue (for food) is increasing day by day. It is always very long.”

Mayor Eric Adams himself acknowledged that the first results of the operation were mixed, with his figures showing that of the nearly 250 camps, only five were homeless.

He pleaded for a long-term policy, promising that “more than 300” homeless people have asked for help on the metro.