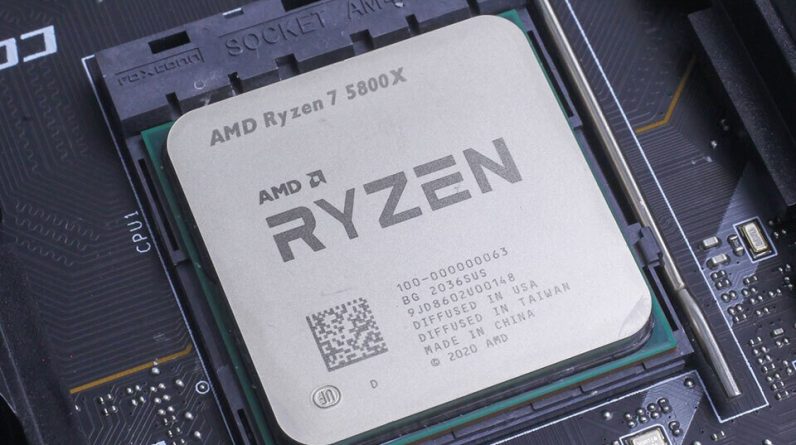 In some cases, AMD adrenaline software changes the power limits and maximum boost frequency of Ryzen CPUs via PBO.

Update 06/04 : An AMD representative contacted the site Tom’s Hardware USA. He said the company was aware of the problem and was working to resolve it. “We are aware of a problem with the AMD software package that fixes some AMD processor settings for some users. We are exploring this event and will be sharing information as soon as we can. ⁇

According to an article published on Igor’s LAB site, starting with version 22.3.1 of the AMD Adrenalin GPU driver, the named software changes automatically and without user approval, PBO parameters (Precise Boost Over Drive) Through the Ryzen Master module from the CPU. This problem only affects computers with AMD GPUs and CPUs (connecting the Intel CPU to the AMD GPU or AMD CPU to the NVIDIA GPU is not affected).

For some unknown reason, AMD’s adrenaline software automatically activates the PBO or “CPU OC” system, using GPU profiles, including the default profile. Fortunately, the system has various built-in security mechanisms that protect the processor from any physical damage. However, Adrenalin software can modify parameters previously set by the user in favor of pre-defined settings. Logically, these changes may have an impact on the condition and stability of the OC.

AMD Ryzen 6000 Series Mobiles: What is the performance of these new CPUs?

According to Igor Wallossek and users who have taken up the subject, there are several ways to overcome this difficulty. The first is to create a profile of the new GPU settings in the software. Second to redefine the settings in the BIOS. Finally, the last resort is to use the Radeon software slimmer to remove the Ryzen Master SDK from the adrenaline software. Radeon Software Slimmer is a free third party software that should be used with caution.

AMD did not comment at this time. We will let you know if needed. Igor Walosek published his article on April 3.