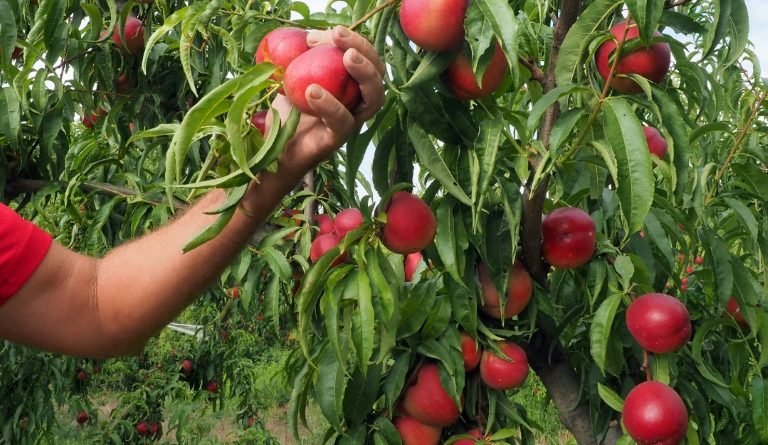 The Spanish company Terra Fegundis sent workers, mostly Ecuadorians, to farms in the south of France, condemning them for violating European rules on work posted for the second time in a year.

Managers of farms in the Gard and Bouches-du-Rhône were fined for “hidden work” while at the same time using his services to hire staff, especially to pick fruit in the summer.

One of them received a suspended sentence for keeping these seasonal workers in poor condition for years.

The temporary employment agency, based in Murcia (southern Spain), has now been renamed Jobs for All, subject to a report to the Nîmes Attorney’s Office in 2014 stating that it employs seasonal staff. European union.

But it reached a good portion of its 50 million annual revenue in France, without making the necessary social and tax declarations.

In total, between 2012 and 2015, the Spanish team provided more than 26,000 employees, mostly South Americans, to various French farms. They lost a lot of overtime pay, and some were forced to work up to 70 hours a week.

On April 1, he was fined 375,000 euros, according to a verdict delivered by the AFP on Monday. He was permanently banned from carrying out any work related to temporary work in France.

The leaders of the Spanish company were not prosecuted.

On the other hand, the managers of seven French partner farms were also in the dock. They were all fined between 10,000 and 15,000 euros, including the suspended variable area, for “hidden work” and “illegal employment of foreign workers”.

One of the managers who owned the place nicknamed “El Carcel” (prison, in Spanish) by South American workers was also given a six-month suspended sentence.

On one of the sites he operated on, which included a solid building and 11 mobile homes set up in the open, labor analysts noted that the showers were “indescribably dirty” and the bathrooms were “state” and the kitchens “disgusting”.

At another site, staff explained that they could not sleep inside due to the lack of ventilation and the intense heat caused by the windows.

The labor analysts included in the criminal file concluded that the “basic conditions of health and comfort” were “not respected” and “living conditions against human dignity.”

In particular, the CFDT union, which has filed civil action with the CGT and FO, welcomed the outcome of the Nîmes investigation on Monday.

“This is obviously a very satisfactory new decision because it nails the judgment of Marseille (according to Terra Fegundis) and it condemns the peasants,” said union lawyer Ms Vincent Schneigen. “It should be a warning signal to agricultural companies,” he added, adding that it was “about 5,000 employees a year in southern France”.

Terra Fegundis was isolated in 2020 due to the poor shelter conditions of its agricultural workers after 258 govt casualties appeared among seasonal workers in Provence.