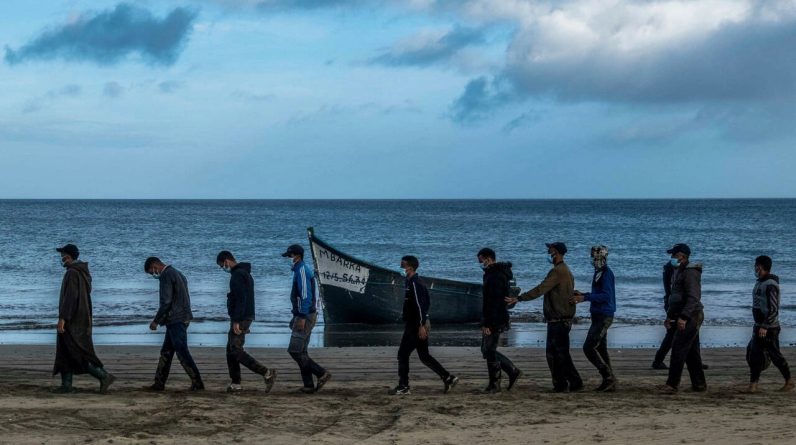 A total of 133 candidates, including four women, were arrested overnight from Friday to Saturday for illegal immigration in the Imoutlane beach area in Oued Eddahab province, we learned from a security source.

Thus, the same source said that two groups of 68 and 65 illegal immigrants were arrested north of the Imoutlane fishing village (140 km from Takla) in the municipality of Pir Inzaren.

These individuals, from several cities in the state, were caught up in the framework of measures to combat the occurrence of illegal immigration, due to the strengthening of the Coast Guard system and the intervention of elements of the Royal Gendermary. Same proof.

To determine the circumstances of the organization of this illegal immigration operation, an investigation has been opened by competent authorities under the supervision of a lawyer, it added.

Security services have recently intensified operations to thwart illegal immigration efforts in the Dakhla-Oued Eddahab area, which has led to the arrest of several detainees and boats in the open sea.