Home World Update on the Russian invasion of Ukraine 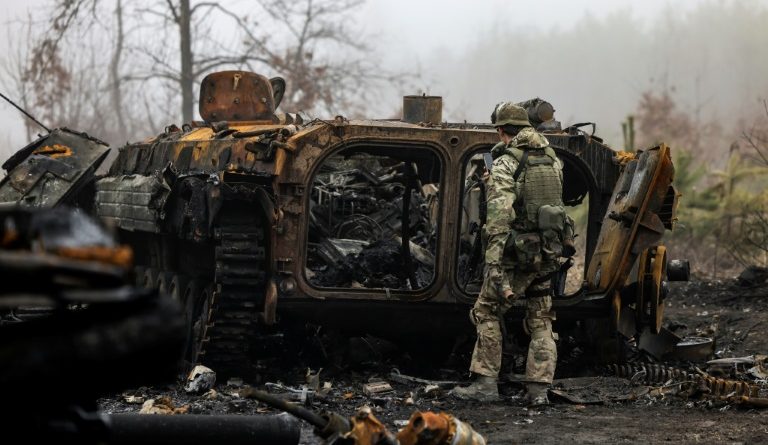 – “Rapid withdrawal” of Russians from the north –

Russian forces are carrying out a “rapid retreat” from the Kiev and Chernikov regions in northern Ukraine and are aiming to “set foot in the east and south,” the Ukrainian presidential adviser said on Saturday.

“After Russia’s rapid withdrawal from Kiev and Chernivtsi (…), it is clear that Russia has chosen another priority tactic: retreating east and south, gaining control of the occupied territories and setting foot there. Powerful way,” the official said.

From Friday night to Saturday, several regions, especially in the Middle East and East, were bombed.

The strikes hit residential areas in Kharkiv (east), citing regional officials and the president, according to the regional governor, in the Dnipro (center) infrastructure or even locations in Donetsk and Lukansk (east). Kherson (South).

The Ukrainian president said the bombs had also attacked the infrastructure of the largest Ukrainian oil refinery, Kremensuk (center, Boltawa region), while the Russian Defense Ministry announced on Saturday morning that it had destroyed “weapons precision” petrol and fuel depots. .

“Humanitarian corridors have operated in three regions: Donetsk, Luhansk and Zaporozhye. We were able to save 6,266 people, including 3,071 from Mariupol (southeast),” said Ukrainian President Volodymyr Zhelensky overnight from Friday to Saturday.

A convoy of buses carrying displaced people, including residents of the port city of Mariupol, which has been besieged by Russian forces, arrived in the town of Zaporoshi, which is controlled by the Qian army on Friday evening, the AFP reported.

According to the latest estimates, the humanitarian situation in Mariupol, where 120,000 people are still trapped, could be catastrophic.

On Saturday, Prime Minister Irina Vereshchuk announced that seven humanitarian corridors were planned in the east and southeast.

Peace talks between Ukrainian and Russian officials resumed via video on Friday. But the Kremlin has warned that an attack allegedly carried out by Ukraine could disrupt talks.

The airstrikes hit the fuel storage facilities of Rosnapt, an energy company based in the Russian city of Belgorod, 40 km from the Ukrainian border.

Kyiv did not say whether this was the background to the attack, but President Zhelensky told Fox News, an American broadcaster: “Sorry, I did not discuss my orders as commander.”

The UN Under-Secretary-General for Humanitarian Affairs, Martin Griffiths, will visit Moscow on Sunday to try to secure a “humanitarian ceasefire” in Ukraine, the UN chief announced on Friday.

– China says do not violate sanctions –

Beijing said on Saturday, the day after the EU warned that China had not “deliberately” violated Western sanctions against Russia that any support for Moscow would jeopardize its economic ties with Europe.

Beijing, a close ally of Moscow, has refrained from condemning the Russian invasion and is content to call on all parties to exercise restraint.

A Pentagon spokesman said the Pentagon would provide $ 300 million in additional military assistance to Ukraine.

According to the High Commission for Refugees, about 4,102,876 Ukrainian refugees have fled the occupation of Ukraine.

The Ukrainian president announced on Saturday that a Ukrainian photographer had died after Russian troops withdrew from territory near kyiv, three weeks after he had not been heard from.

“He went missing on March 13 in a hostile area in the Q region. On April 1, his body was found ten kilometers north of the capital, near the village of Gouda Mezikuyrska,” said Andrei Irmak, head of the presidential administration.