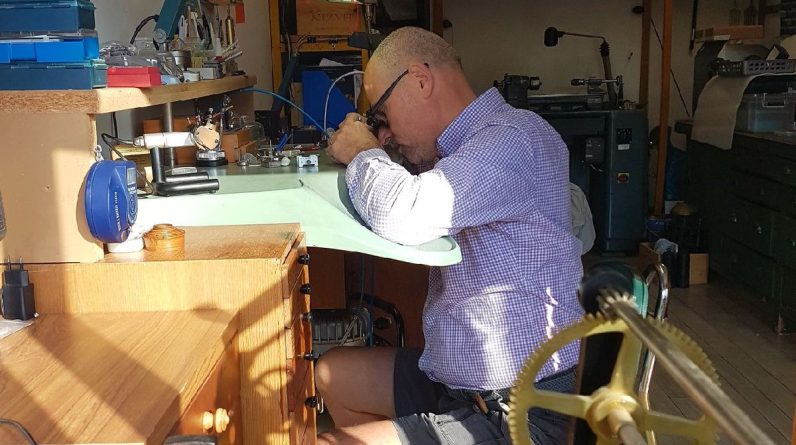 At age 14, Jack Lucignon discovered his future career. During that time he learned the basics of business. Becoming a watchmaker was a childhood dream. Before realizing it, he worked as an international technical director at an American company, where he later held an executive position in the public service. But this desire to be a watchmaker caught up with him: he graduated from CAP and set up his own at almost 50 years old. As he points out watches and clocks, restoration, repair and above all his daily life.

Ancient watchmaking is a profession listed as an extraordinary tradition by UNESCO and is recognized as an art.

Jack Lucignon goes through his workshop over time: he touches on old dynamics. Recently, for example, he retrieved a Louis XIV watch. Exchange is an important concept to him. He sees his work as a means of keeping a tradition alive, such as watches that are hundreds of years old or sometimes even a century old. The difficulty he faces is the shortage of coins. Suppliers are not overcrowded, you have to have stock. This week, the workshop Jack on Time European Crafts opens its doors during the day. Visiting the workshop by appointment, to present his work, to show the tools: “I want to talk about my work.”