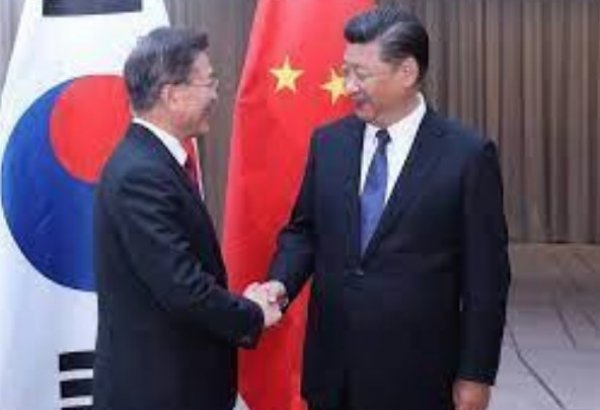 BEIJING – China and South Korea share a responsibility to maintain peace in the region, Chinese President Xi Jinping said in a telephone conversation with South Korean President-elect Eun-suk-yol on Friday.

Xinhua, quoted by Chinese news agency Xinhua, said China was ready to work with South Korea to strengthen international and regional cooperation and was actively working to guarantee the stability and smoothness of communication chains.

Talks between Xi and Yoon have come following North Korea’s test of an intercontinental ballistic missile on Thursday. A move that has escalated tensions on the Korean Peninsula threatens a weak balance in this sensitive area.
A spokesman for South Korean President-elect Kim Jong Un said earlier
Yoon called on the Chinese president to work closely with Seoul on “the disarmament of North Korea and the sustainable management of the political situation on the Korean Peninsula.”

He expressed Seoul’s concerns over the escalation of tensions over the Korean Peninsula and Pyongyang’s “intense provocation”, a spokesman said.

North Korea today confirmed that it had successfully tested the new intercontinental ballistic missile Hwasong-17, which has been banned from long-range missile testing since the end of 2017, on the direct orders of its leader Kim Jong-un.

In the face of this seriousness, the Security Council convened on Friday to discuss the matter.