Home Top News Can De Boinville get over the Gold Cup hump with Chantry House? 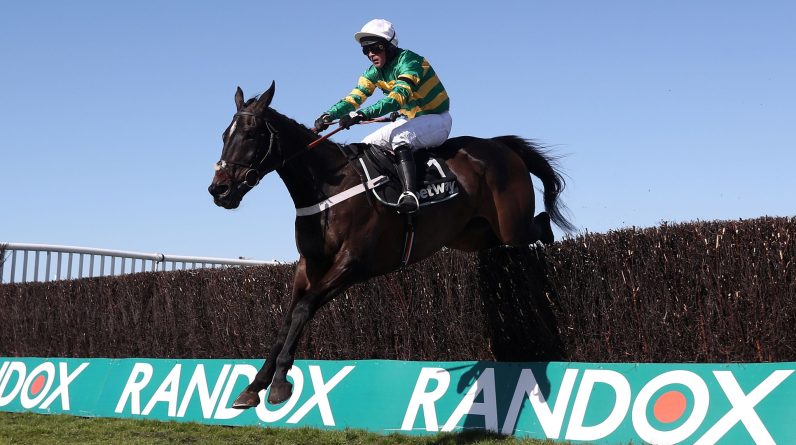 Nico de Boinville is one of the leading jockeys on the National Hunt and has achieved almost every accomplishment available in the sport other than the Grand National. The 32-year-old made a decisive impact in only his second season as a professional jockey when he won the Cheltenham Gold Cup on the back of Coneygree in 2015.

He has not won the leading event at Cheltenham since, and his best hopes in the 2022 race will hinge on Chantry House, who is a +1600 outsider in the odds for Cheltenham 2022. Therefore, it would be a surprise to see the French thoroughbred enter the most elite of winners’ circles.

De Boinville has a similar price at +1200 in the Cheltenham top jockey odds to finish Cheltenham Festival with the most wins under his belt. Working with Nicky Henderson throughout the week as his leading jockey, he will have a strong claim to win multiple races, notably the Supreme Novices’ Hurdle and Champion Chase with Constitution Hill and Shishkin respectively.

However, the prize that all jockeys and trainers are after is the Gold Cup and it will take a special effort for De Boinville and Henderson to claim the title with their charge amid the quality of competitors that are scheduled to run.

De Boinville has been synonymous with the leading horses out of Henderson’s yard, but ironically his best achievement came when he raced for Mark Bradstock rather than his primary trainer. At the time he was junior to Barry Geraghty in Henderson’s yard, and since the Englishman had only one horse in the race, former champion, Bob’s Worth, the ride went to the senior man. De Boinville proved a point in the race with a fine ride on Coneygree to take the crown.

His attempts to win further Gold Cups have been in vain as he did not compete in the race in 2016 and 2017 before he returned to the fold on the favored Might Bite. The Irish thoroughbred had performed well over the course of the 2017/18 season, only to lose out at the hands of Native River by four-and-a-half lengths. De Boinville experienced further disappointment with Might Bite in 2019 as he was forced to pull up the horse in the closing stages of the race.

Henderson and De Boinville came mere inches away from their first Gold Cup as a tandem in 2020. Santini battled the reigning champion Al Boum Photo all the way to the end of the race with a fine run. But he just did not have enough in his locker to beat out the French thoroughbred, losing the race by a neck on the line. It was back to another underwhelming outing with Champ in 2021. Even though he was considered one of the best shouts, De Boinville had to pull up the Irish thoroughbred.

Chantry House is not as established among the top chasers in the sport as Might Bite, Champ and Santini were in the past. However, it may allow De Boinville and Henderson’s charge to go under the radar in the event. He has a good record at Cheltenham and with the experience of De Boinville it might be enough to allow the duo to claim their first Gold Cup together.