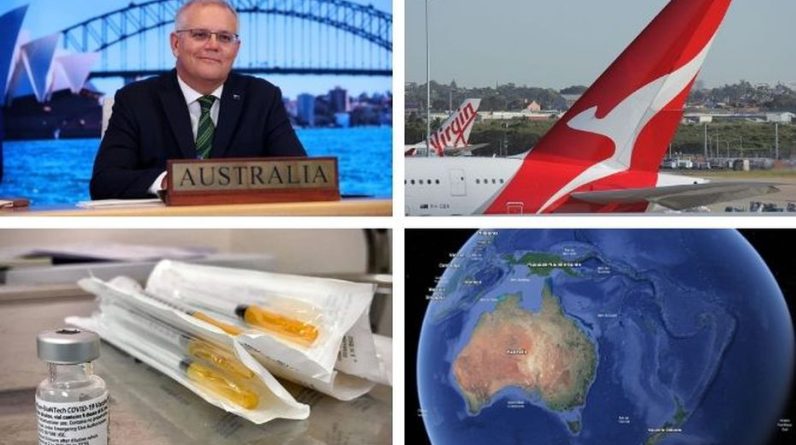 Virtually cut off from the rest of the world since the beginning of the pandemic last year, Australia is thinking about possible adaptations to start opening up a little more.

Australians vaccinated against covid-19 may be allowed to travel abroad and return home without booking a hotel.

The possibility, raised by Australian Prime Minister Scott Morrison during a public forum in Perth on Thursday, April 15, gives hope to the roughly 25 million people trapped in their country since the beginning of the health crisis last year.

Australians are currently not allowed to leave the country with any exceptions.

The government initially plans to evacuate people only for mandatory medical, professional reasons or for important family or friendly events such as funerals or weddings. But the big news is that if these Australians are vaccinated against covid, as is what is happening in New Caledonia, they will be allowed to self-confine at home upon their return, rather than spend a fortnight in a hotel as is currently the case.

At the moment, Australians can only travel freely to New Zealand for the Trans-Tasman bubble (from April 19). Otherwise, to leave the country, they must, under strict conditions, receive a pass from the federal government.

Australia is pushing its citizens to be vaccinated free of charge, but the plan was delayed due to insufficient doses.

Australia has launched a vaccination programme in the country but is too late in the initial plan. According to official figures, only 670,000 doses have been administered, while the government had set a target of four million doses by the end of March.

Scott Morrison acknowledged the delay on March 31, which he attributed in part to export restrictions imposed by the EU.

Since the beginning of the pandemic, Australia has recorded nearly 30,000 covid cases and 910 deaths, most of them in the state of Victoria.

Not a “Friday bullet”

If it is planned to vaccinate as many Australians as possible, Scott Morrison warned: no vaccination plan”A miracle solution“And the country must prepare for the possibility “Many“More covid cases if border restrictions are largely lifted.

“If we open borders and people come in, the number of cases will increase and Australians will have to get used to dealing with a thousand cases a week, or even more“The prime minister said on nine radio. “But it’s true that our most vulnerable people will be vaccinated and I don’t think Australians will accept restrictions, border closures and all those things again“.

When do international flights resume?

Last January, Health Secretary He pointed out that there was no need to hope that soft border traffic would return for this 2021.

For their part, Qantas and Virgin Airlines called Hard-hit airline halts flights, Are still hoping to reopen the skies by October and continue their discussions with the government.

“We are preparing our flights and personnel for the end of October, but we are flexible. If there is a need for bubbles to open (From travel, editor’s note) Before October, we can. If we have to postpone things after October because the vaccine is not going as fast as expected, we can too“Qantas chief executive Alan Joyce said.

Which destinations are allowed?

If, Trans-Tasman agreement with New Zealand effective April 19, Without any restrictions or restrictions between the two countries, Australia is considering opening up to other destinations.

Countries that have managed the health crisis and have strict covid control. Singapore or Japan, but some Pacific islands, such as Fiji, have also been mentioned as next destinations.

With its covid absence, New Caledonia could also eventually integrate a bubble with Australia. Discussions have already been going on for months, but at the moment nothing has been decided.