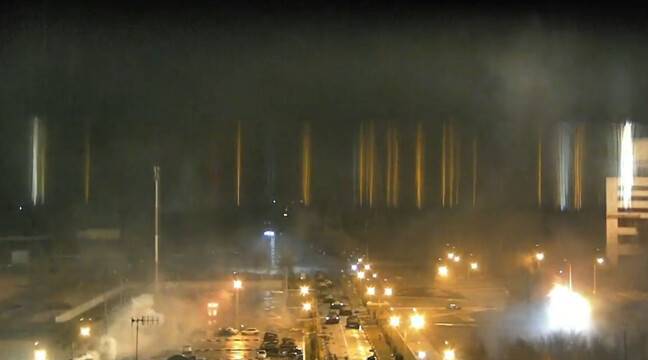 4:45 am: The situation at the nuclear plant is under control

After several tense hours, the situation at the Zaporijjia nuclear power plant in southern Ukraine is reassuring. Russian troops opened fire on the building, setting fire to an administrative building near an (inactive) nuclear reactor, finally allowing Ukrainian firefighters to enter the area at 5:20 a.m. (4:20 a.m. Paris time). .

Earlier, the head of the military administration of the Zaporizhia region pointed out that security was “guaranteed”: “The director of the plant pointed out that nuclear safety is now guaranteed. According to plant officials, the training building and laboratory were affected by the fire.

The fight broke out just after midnight (Paris time). In a direct feed from a plant camera, what appeared to be flames could be seen falling near the plant and emitting smoke. But it seems that the Russian artillery attack hit the administration building.

The most powerful plant in Europe, it supplies 20% of Ukraine’s electricity. Authorities said the nuclear reactor near the fire was inactive. However, it contains nuclear fuel, so leakage is possible. On the other hand, the melting of the nuclear reactor center is not as possible as it was at Chernobyl.