Home World Geneva: At the 49th session of the Human Rights Commission, Mr. Series of interviews with Ovapi 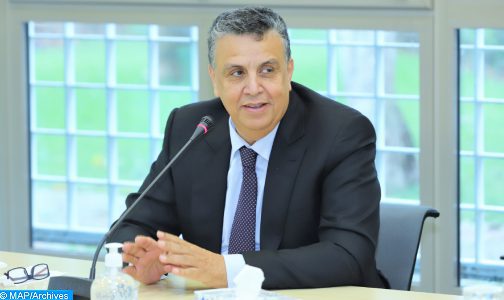 GENEVA – Following his participation in the summit of the 49th session of the UN Human Rights Council (HRC), Justice Minister Abdullatif Owabi held a series of talks in Geneva.

The talks, held in the presence of Morocco’s Permanent Representative in Geneva, Omar Sniper, provided an opportunity to highlight the Moroccan model in the areas of human rights, law and strengthening the building of democracy. The role of the Kingdom in promoting human rights at the Arab and African levels.

The Minister also held talks with Thomas Gurber, Director, Geneva Center for Defense Governance (DCAF), during which the two sides welcomed the quality of cooperation between the State and the Center as part of the DCAF’s Morocco Plan.

The Minister took this opportunity to highlight the progress made in Morocco on various issues related to the field of human rights, particularly the significant changes being experienced by the Kingdom in relation to security administration, penal system and legal and judicial practices.

Mr. Ouahbi then met with Director General of the International Development Law Organization (IDLO) John Beagle, who focused on the opportunities and mechanisms for improving relations between the judge and the IDLO in Morocco.

See also  Diplomacy. Israel has announced a historic summit with Morocco, the United States, the Emirates and Bahrain.