Home World “We are all here,” says Ukrainian President Volodymyr Zhelensky from Kiev, who opposes the Russian military. 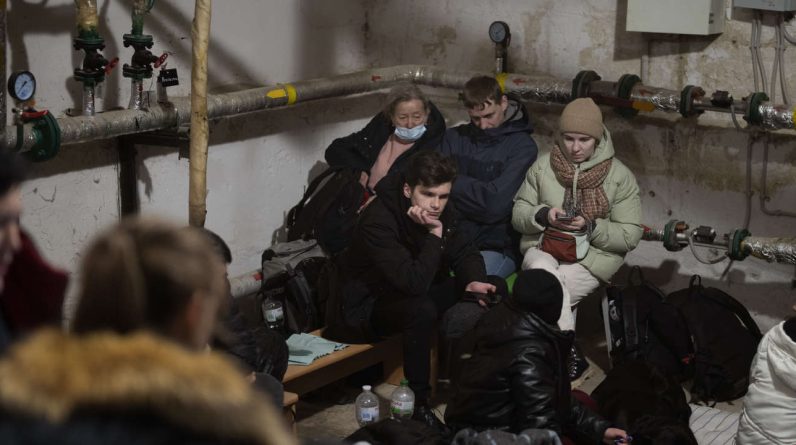 NATO announces deployment of components of its reaction force

Leaders of NATO member states on Friday approved sending military reinforcements to Eastern Europe after Russia invaded Ukraine. “Russia has broken the peace in Europe. The Ukrainian people are fighting for their independence in the face of Russia’s unprovoked invasion. We call on Russia to withdraw all forces from Ukraine and return to the path of negotiations.Said Jens Stoltenberg is NATO Secretary General.

“The Kremlin’s aims are not limited to Ukraine. The world must be held accountable for the actions of Russia and Belarus.

“We have already strengthened our defenses and security in response to Russia’s massive military build-up over the past few months. Yesterday, NATO allies implemented our security plans. Accordingly, we position the elements of the NATO response force. On land, at sea, and in the air. To further strengthen our posture. And respond quickly to any event. ⁇

“The United States, Canada and European allies have sent thousands of additional troops to the eastern part of the alliance. We have over 100 Jets operating over 30 are on high alert Different places. And more than 120 Ships from the far north to the Mediterranean. ⁇

“There should be no room for miscalculations or misunderstandings. We will do what is necessary to protect and defend each partner. And every inch of NATO territory. ⁇

“Today the leaders also made it clear that we must continue our support for Ukraine. The Kremlin seeks to provide less support to NATO and our allies, so our collective response should be more supportive of countries such as Georgia, Moldova and Bosnia and Herzegovina, and to help them succeed in their democratic reforms. Continue the selected path.

In one Joint Report A video was released shortly after the summit, with heads of state and heads of state of the 30 NATO member states writing: “No one should be deceived by the barrage of lies of the Russian government. ⁇

See also  Germany: The motive for the Worsburg massacre may have been Islamist