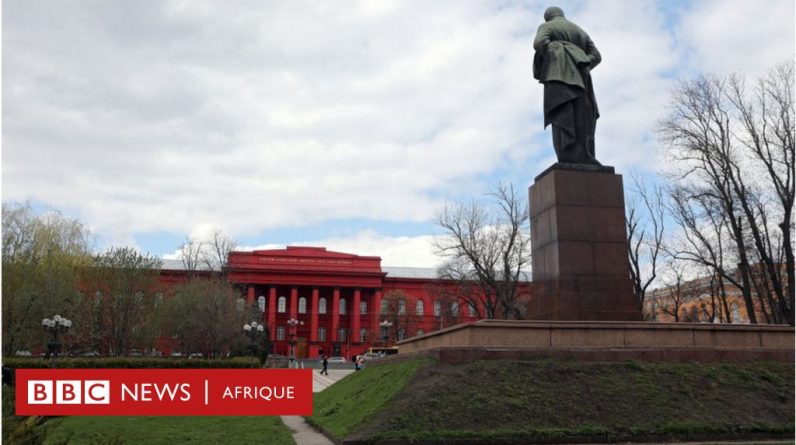 We are in contact with Africans living in Ukraine, many of whom are students, to find out how the day went at the start of the Russian military operation.

If the firing continues, they will evict us within 72 hours.

“It was here in Ukraine between 6am and 5am and we heard very heavy shots. It created a lot of panic,” explained Isa da Silva, a Senegalese who has lived in Ukraine since 2014. After graduation, he remained there. Working in Kiev.

“The airstrikes were aimed only at Ukrainian military bases, and airstrikes … Now the situation is more panicked. Citizens or foreigners, everyone is in panic. What? President Zhelensky’s statement is that we must all be together. He further added that the curfew was imposed at midnight and no one was allowed to leave the area.

Senegal has no diplomatic representation in Ukraine.

“If things boil over, they’re going to send us back to Poland … they know if the situation will stop there, otherwise if the firing continues, they will evict us within 72 hours,” he said.

“I’m only four months away from graduation – if I have to drop out, what’s my course?”

Jessica Oragopo is a Nigerian medical student at the National Medical University of Ternopil in western Ukraine.

“I woke up at the call of a student this morning, and she cried very frantically. She called me and told me that the Russian army had invaded Kiev and that no planes were available at this time,” he told the BBC.

“I was really scared when you saw people getting in their cars and packing their things … I went to buy some basic medicines and pantotles for depression or something. I could not buy anything because the queue at the supermarkets was so long. The shelves were empty, the water and other items were gone. There is general panic, people are buying, people are trying to stockpile, even the gas station is full, at one point the petrol station was shut down. “

He says he plans to stay that way for now.

“I really want to quit, but I’m in a predicament. I’m a graduate – I’ve been here for 7 years – I’m afraid to start again. I want to graduate …. If I have to be expelled, what’s my course?

“For now, I’m safe in my apartment. My friend and I are staying here. In case of threats or the sound of a siren, there is a bunker about three minutes away.”

“Yes, I really am, but I’m wearing a nice face because I do not want to panic …. I need to collect my emergency documents and funds. I have prepared an emergency bag. Case.”

“We fear for our lives”

George Samuel Voydi, a Nigerian student in Ukraine, says the situation in Ukraine is dire and that he and many other students are afraid of what will happen to them.

Voight told the BBC that he and other students were planning to cross the border into Ukraine because the government had closed the airspace.

The Nigerian, who lives in the Ukrainian capital Kiev, says he intends to cross the border into Poland and from there to Dubai.

“Everything has been difficult since the beginning of the tensions between Russia and Ukraine. At this point, everyone is desperate to find a way out,” Voydi said.

Emmanuel Ibrahim, a student at Ukraine’s National Aerospace University, said he was alarmed by the ongoing attack.

Although people are scared, some of them continue their daily activities but the banks are closed.

“I’m afraid of what is happening in Ukraine. I can not leave the country to say that the airspace is closed. Russia has not attacked the only city near Poland, and people can not escape from there,” Ibrahim said.

Ibrahim points out that there is a bunker at his school, but there are currently no classes, and he cannot go there at the moment because Russia has begun to attack his school community.

“Airstrikes are a shock, we are in panic”

“The news is shocking, they are advising us not to go out, we are panicking,” Philip Bobby Ansa, head of the Ghana Students’ Association (NUGS), told the BBC News.

The Ghanaian embassy in Switzerland is involved in collecting data on Ghanaian students in Ukraine.

“We continue to talk to them and the eviction is on the agenda,” he added.

But for now it is difficult to get out because of the launch of airstrikes and non-flying aircraft.

But if the authorities can transfer them by land to a neighboring country, for example Poland, they can fly to Ghana.

“Our families are worried and they are contacting us to find out what’s going on,” he said. Bobby Anda explains.

At this point, Ukraine has declared a state of emergency, which he explains is being followed by the authorities to ensure the safety of the people.

The Ghanaian embassy in Switzerland also asked them to remain calm.

“We have not heard from the Nigerian government.”

Another Nigerian student, called Anthony, says he went to Ukraine and never heard from the Nigerian embassy.

Anthony, who has lived in Ukraine for five years, points out that he and the other students did not write to the embassy, ​​but did not ask them. He says he has a bunker at his school.

What do the governments of Nigeria and Ghana say?

The Nigerian government has promised to help Ukrainian nationals evacuate those who wish to return home once the country’s airports open.

Foreign Ministry Spokeswoman Francesca Moily said the Nigerian embassy in Ukraine had assured authorities of the safety of Nigerians in Ukraine and was taking steps to ensure their safety.

He added that the Nigerian mission confirms that Russian military action is limited to military installations in Ukraine.

Meanwhile, before the situation escalates, the Nigerian embassy in Ukraine will provide emergency liaison to Nigerians residing in Ukraine and inquiries into the country, diplomatic requests and requests for social assistance.

The Ghanaian government, for its part, has issued a statement saying it is concerned about the safety of its citizens in Ukraine.

“The Government of Ghana is deeply concerned about the safety and security of our more than 1,000 students and other Canaanites in Ukraine.