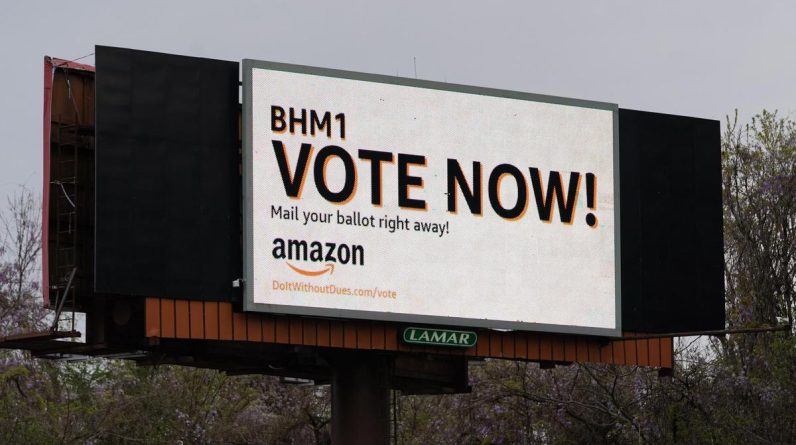 The e-commerce company is currently facing several union initiatives in various US states.

An organization seeking to form a union at the Amazon warehouse in Alabama on Tuesday again accused e-commerce of subverting the union to the US Bureau of Labor Rights (NLRB).

The union, which represents workers in the distribution sector RWDSU, filed complaints accusing the company of misconduct during a referendum at the Bessemer warehouse last year, which ended in rejection in April 2021.

The NLRB found that Amazon had in fact violated the rules in the first attempt to order a new postal ballot, which is currently underway, and the results were reversed. The union alleges that the company removed union leaflets left in the break rooms outside working hours, according to new complaints filed Tuesday.

Amazon also alleges that it has established a new rule restricting employees from entering the warehouse thirty minutes before or after the shift time, which violates the company’s commitment not to modify internal procedures.

Finally, RWDSU criticizes Amazon for forcing employees to participate in working hours at meetings where unions are criticized. According to the union, workers should have the right not to participate.

“Although we have not yet seen the documents filed (Tuesday), we believe our teams are fully compliant with the law,” an Amazon spokesman replied. “Our goal is to work directly with teams to provide a better place to work on Amazon,” he added.

The e-commerce company is currently facing several attempts to unionize, with workers in a warehouse located on Staten Island in New York having to vote from March 25 to 30 to form a union on site. Employees at another Staten Island warehouse have also filed a file to organize the ballot.