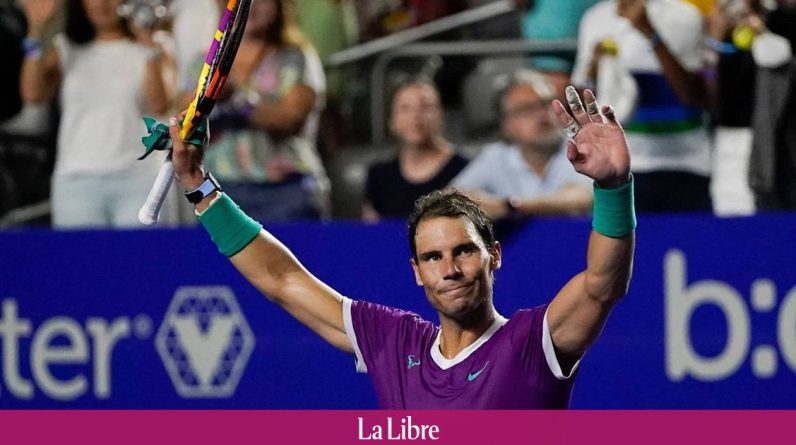 The 35-year-old Spaniard defeated American Denis Kudla 6-3, 6-2 in straight sets and will face another American, Stephen Kozlov, ranked 103rd in the ATP rankings, who is his training partner in the next round.

The world No. 5 broke No. 100 Kudla in the fourth game of the tournament to lead 3-1 and lead imminently in the first set. The favorite quickly took a 4-1 lead in the second set and then won the match in 1 hour and 16 minutes.

Nadal won eight aces and won 36 of his 40 service points.

The Spaniard, who lifted his 21st Grand Slam trophy in Melbourne in January, is seeking a 91st ATP title, breaking the record he held with Novak Djokovic and Roger Federer.

The other man in Australia’s epic final, Daniil Medvedev of Russia, destroyed Frenchman Benoît Paire 6-3, 6-4 in the first round in Acapulco in an hour and 41 minutes. According to several scenarios established by the ATP, the world number two is able to take the top spot in the rankings from Monday with Novak Djokovic, for his part playing the ATP 500 tournament in Dubai.

Matteo Berrettini left the court while leading 5-1 in the second set after winning the first (6-4).

See also  Urbex in London: This abandoned school is frozen over time