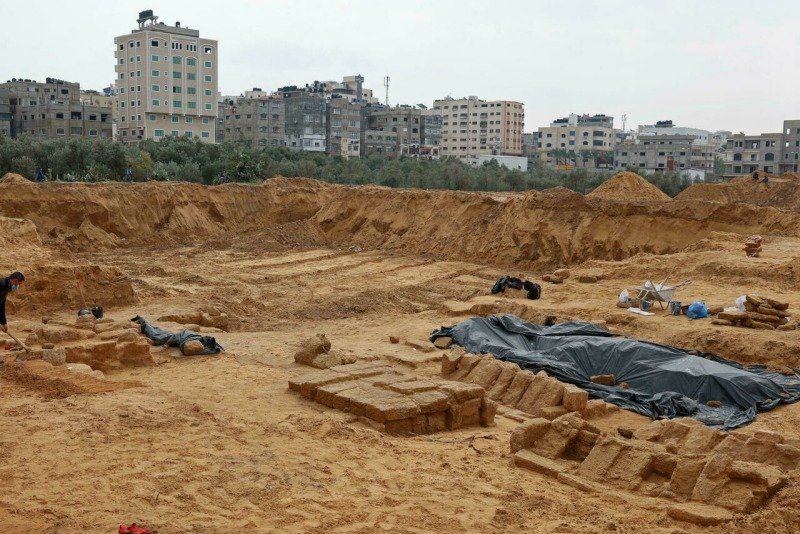 Graves were found near the town of Bait Lahia at the site of construction work for a residential area.

Naji Sarhan, an official with Gaza’s Ministry of Public Works, confirmed the discovery and said there was “evidence” for other graves in the area.

Construction work has stopped and experts from Gaza’s Ministry of Archeology and Tourism have begun listing tombstones and artefacts, officials said.

An unnamed expert said the tombs were believed to be part of a cemetery linked to the nearby Roman site of Palagia.

Last month, a 5th-century Byzantine church was reopened by the Palestinian government after years of restoration work with the support of foreign donors.