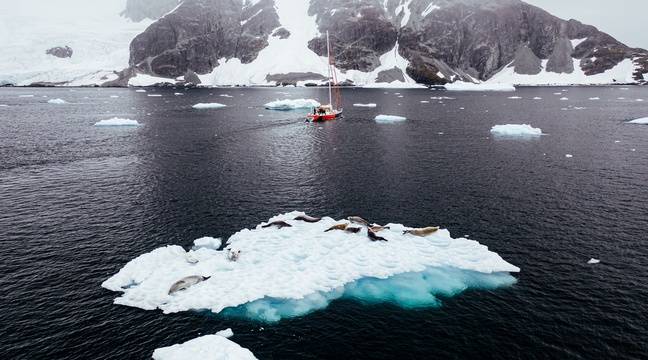 It’s’Australia On Tuesday it announced a plan of 575 million US dollars (508 million euros) to strengthen its presence and monitoring activities Antarctic In the face of increasing interest in China Vis-à-vis the pole. This project of Financing Ten years will give Australia, according to its prime minister Scott Morrison,” eyes on Antarctica,” boosting the country’s ability to study and monitor frozen tundra and surrounding waters using drones, helicopters and autonomous vehicles.

Australia has made territorial claims to 42% of Antarctica, more than any other country, but lacks the capabilities to travel to the most remote corners of the continent. Canberra fears this vacuum could be exploited by Beijing or Moscow, both of which are increasingly active on the mainland. Nearly half of Australia’s new funding will be spent on boosting domestic travel capabilities, mapping the far east of Antarctica from the air using drones and buying four new medium transport helicopters.

The plan also includes $ 5 million (4.42 million euros) for research into the effects of climate change on Antarctic ice sheets and environmental projects to help Pacific nations monitor rising sea levels. Scott Morrison declined to comment on his concerns about China’s growing interest in Antarctica, saying only that “they don’t share the same goals as Australia.” With two year-round stations open in Antarctica, China is gradually increasing its spending in the region.

Before the pandemic, Beijing was behind the United States, which maintains the largest presence in Antarctica with about 1,400 people at its three resorts open year-round. The influential Australian Institute for Strategic Policy recently warned in a report that Antarctica has become a place of “geopolitical competition” and recommended several measures to impose a ban on military and mining activities there. The report’s author Evan Bloom, a polar expert at the Woodrow Wilson Center, urged the United States and Australia to “carefully manage relations with strategic rivals,” even though China and Russia are “sometimes insensitive to calls for compromise.” He stressed that when it comes to the Antarctic Administration, cooperation remains paramount.