Home World The boy in the window 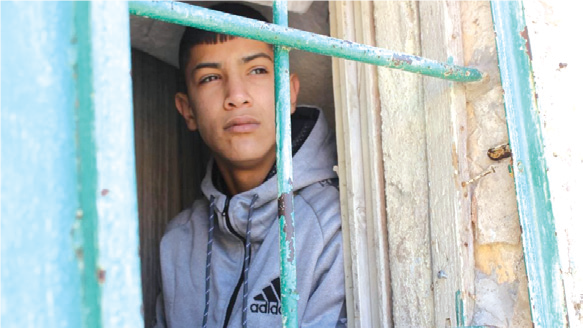 Ali Kanibi is addicted to two things: looking at others through his smartphone and window. This 14-year-old Palestinian youth can do nothing else. At his home in the western Sheikh Zarrah neighborhood of al-Quds, Ali sat in front of a ground-level window with iron bars.

A slogan emblazoned on the exterior wall: “Do not colonize Sheikh Zarra”. This young Palestinian (14 years old) has been under house arrest in Tel Aviv for seven months, being pushed against his window bars and looking at others when he can not.

Last June, Israel attempted to expel Palestinian families from Sheikh Zara, paving the way for Israeli settlers, sparking protests in the occupied West Bank and beyond. Soon after, Ali was arrested in the neighborhood on charges of throwing Molotov cocktails.

Four days later, he was released on condition that he remain under house arrest for a week. The following month, he was re-arrested on charges of setting fire to the car of an immigrant who had occupied an adjoining house in Sheikh Zara a few years earlier. He and his family have denied the allegations. Again he is under house arrest, but for an indefinite period.