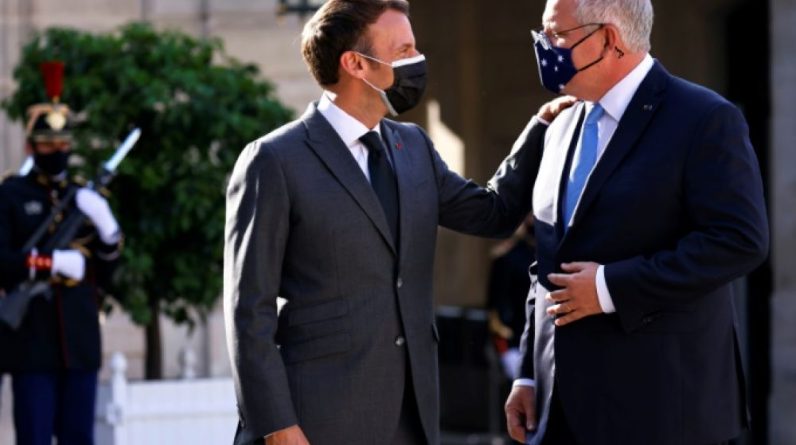 A”breach of trust.” A month and a half later Australia swiftly cancels French Naval Group’s attack submarine contract, Emmanuel Macron sent a clear message to Australian Prime Minister Scott Morrison during a phone interview on October 28. “The president of the Republic recalled that Australia’s unilateral decision to reduce the Franco-Australian Strategic Partnership by ending the sea-class submarine program in favor of another as yet unspecified plan broke the relationship of trust between our two countries,” the Elysee Palace said in a statement. The biggest focus will be on the situation of French companies affected by the decision and their subcontractors, including Australians.”

It is now up to Canberra to fix the broken pots, the French president told the first Australian, during this exchange it was the first after cancelling the contract. “It is now up to the Australian government to propose concrete measures that include the willingness of the highest Australian authorities to redefine the foundations of our bilateral relationship and continue joint action in the Indo-Pacific,” the Elysee believes. In early October, Scott Morrison worked to quell the conflict with Paris. “The relationship between Australia and France is more important than an agreement, and France’s presence, importance and influence in the Indo-Pacific region is not tied to an agreement,” Scott Morrison argues. “The French have a real presence here in the Indo-Pacific. They have a long-term commitment and are working with Australia on a whole range of different issues.”

“We have other security deals with France,”Scott Morrison had also pleaded, referring to” about $ 32 billion in deals with contractors, not just French, but European.” France has already had an important role and an important future here for a long time and we welcome that. So it’s basically a question of taking everything we are working on and continuing them because they are so important, they have a great purpose, they are absolutely in our interest and in France and we look forward to getting on with this mission.”