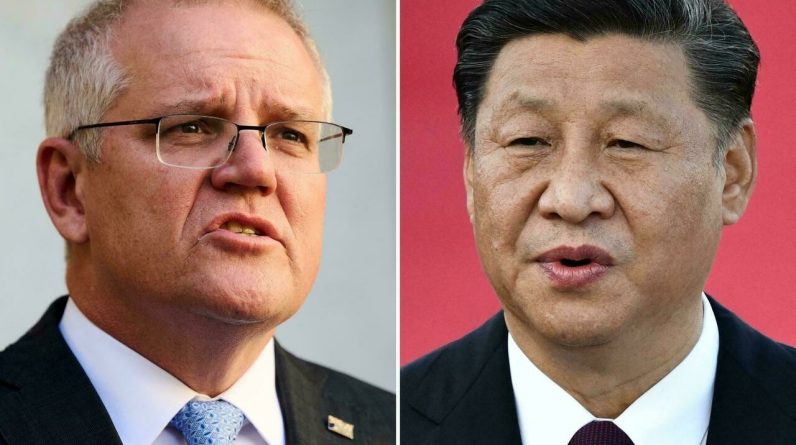 The Australian prime minister explained on Friday that the military alliance with the United States and the United Kingdom aims to respond to the current situation in the Asia-Pacific region, where territories are increasingly disputed and competition with China is intensifying.

Australia brushed off China’s anger on Friday, September 17, after announcing the purchase of U.S. nuclear-powered submarines, with Canberra promising to enforce international law in air and sea locations that Beijing said it would.

“They have the right to make decisions on security in their own interests and, of course, Australia and all other countries do,” he faced criticism from Beijing.

China responded strongly, also threatening to “highly irresponsible” the acquisition of these submarines, especially for stability in the Indo-Pacific region. It also pointed out that it questioned international nuclear non-proliferation efforts. These Western allies risk” shooting themselves in the foot, ” he warned.

The new security agreement between Australia, the United States and the United Kingdom, announced Wednesday by U.S. President Joe Biden, provides close cooperation between Washington and Canberra on cybersecurity, and artificial intelligence in particular.

The head of the Australian government has hammered out in various interviews that his government is responding to the current situation in the Asia-Pacific region, where territories are increasingly disputed and competition is intensifying.

Australia is “fully aware” of China’s nuclear submarine capacity and Beijing’s growing military spending, Scott Morrison has told Channel Seven television. “We want to make sure that international waters are as international as airspace, and the rule of law applies the same everywhere,” he added.

Canberra wants to ensure there are no “no-go zones” in areas governed by international law, Australia’s prime minister has said. “It is necessary, trade, submarine cables, aircraft and where they can fly, (…) This is an array of things we need to protect. It ensures peace and stability and that is the aim we seek to achieve.”

Beijing claims almost the entire South China Sea, rich in natural resources, through which billions of dollars of goods pass through each year, and rejects regional claims by other residents: Vietnam, Malaysia, Brunei, Taiwan and the Philippines.

China has been accused of using anti-ship missiles and surface-to-air missiles, ignoring a 2016 ruling by the Permanent Court of Arbitration (PCA) that Beijing has no “historic right” to the strategic sea.

Trade tensions between Beijing and Canberra have not stopped growing since 2018. In recent months, China has imposed severe economic sanctions on many Australian products.

Many believe it is primarily retaliation for denying Chinese investments in sectors considered strategic and against Canberra’s calls for an investigation into the origins of the covid-19 pandemic.

With AFP and Reuters