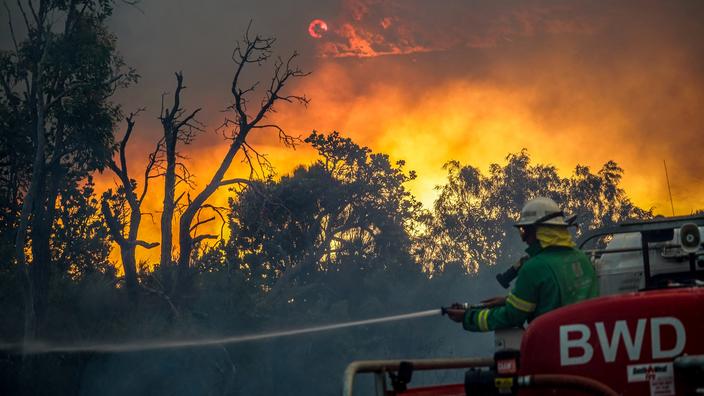 After weeks of high temperatures, a fire broke out in Western Australia, in the tourist area of the Margaret River, popular for wine and surfing. Authorities said there were no injuries or damage to any homes, but large flames were visible over a vast expanse, with large columns sending smoke into the sky.

An alert has been issued and some residents have been asked to leave their homes for shelter. «Act immediately to survive“, Urged the State Fire Department. The Australian coast island bordering the Indian Ocean-although the other side of the continent experiences temperatures of up to 40°C, the Pacific Coast has been hit by rain for months. «Heavy rain and significant flooding of the mine. S. A. A low pressure center has formed on the W South Coast, “The Meteorological Department said. Some areas south of Sydney, which was battling the worst wildfires in the country’s history exactly two years ago, have recorded 21 centimetres of water in the past 24 hours.

November is among the heaviest rain and coldest in the past 122 years due to the La Nina weather event. Scientists believe extreme weather events have worsened due to climate change due to human activity. In recent years, Australia has experienced a series of severe floods, major wildfires and periods of drought.

See also  With Linda Thomas-Greenfield, the United States is at the UN.