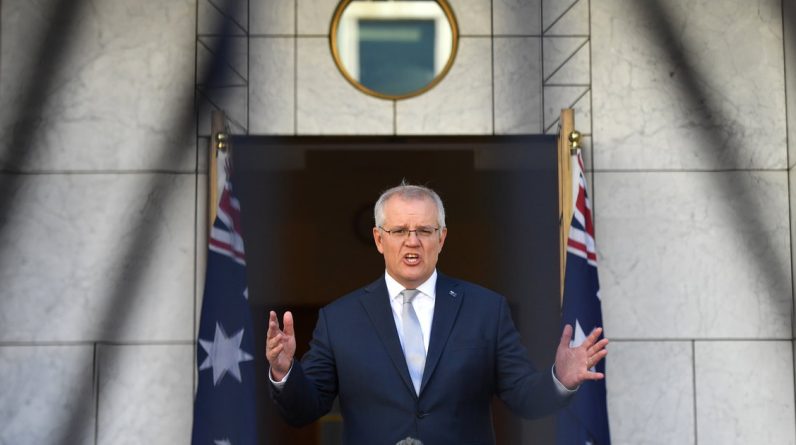 Australia, a coal-rich soil country, said on Tuesday it was targeting net zero emissions by 2050. Next month’s cop26i in Glasgow.The pledge comes just days before Scott Morrison’s departure for the NA climate summit.

Read also: Six days before COP26, I was told about the record level of greenhouse gas emissions. Na.

“Australians want a net-zero emissions 2050 plan that does the right thing on climate change and secures their future in a changing world,” Conservative prime minister Scott Morrison said in announcing the decision.

However, he refused to strengthen emissions reduction targets for 2030, which are seen as critical to significantly fighting climate change, saying he would work to keep the mines open.

“We want our heavy industries, like mining, to be open, competitive and adaptable so that they remain viable as long as global demand allows,” he wrote in a speech released by his office.

Protection of the Australian system

Australia had already agreed to reduce its greenhouse gas emissions by 26 to 28 per cent in 2030 compared to 2005 levels, a goal Scott Morrison said the country would “meet and win.”

“We won’t be lectured by others who don’t understand Australia. The Australian way is how we do things, not if we’re going to do them. It’s about getting there, ‘ he wrote. We will not break the commitment we made at the last election by changing our 2030 emissions reduction targets.»

Widely seen as a climate laggard, Australia is the world’s largest coal exporter in which much of its electricity generation relies, and has long resisted adopting a carbon neutrality target.

Canberra has come under increasing criticism for failing to act sooner, including from close allies the US and Britain, as well as its Pacific island neighbours, which are more vulnerable to the effects of climate change.

After weeks of tense internal negotiations, Scott Morrison did not disclose details about the plan, long dominated by climate skepticism and pro-coal interests, or the concessions made to his coalition partners in government.