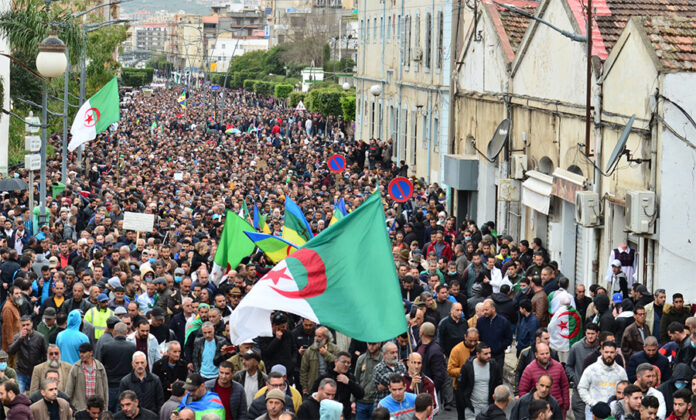 To mark the third anniversary of the anti-Hirak movement, ” Tension is rising “Italian media in Algeria” Inside-up“, Emphasizing repression in this country” The sad truth“.

Fears of new protests and new repression are growing, especially as the economic crisis continues to rage across the country, the Italian news site noted, and Algerian officials are increasingly seeking accusations. Terrorism Hirak activists should be prosecuted.

In this sense, the portal recalled the concerns of the United Nations High Commissioner for Human Rights (OHCHR) regarding the use of anti-terrorism laws against this peaceful movement. ” Anyone who writes slogans or articles that are considered critical of the political class could face serious terrorism charges under Section 87bis of the Algerian Penal Code.“.

” The number of political prisoners is on the rise, “the online media noted..

Three years ago, to this day, the Algerian people took to the streets demanding the departure of President Boutfilika, who is running for a fifth term, the portal recalled. For a “real change of political regime” and to improve the socio-economic situation.