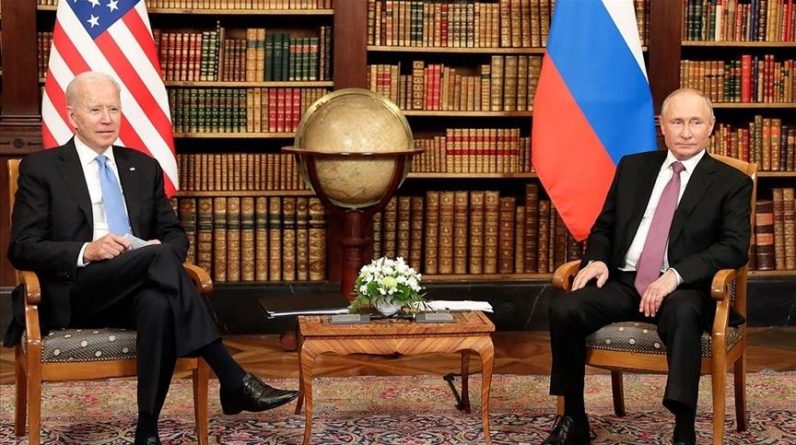 US President Joe Biden and his Russian counterpart Vladimir Putin began a telephone conversation about Ukraine at 11:04 a.m. (4:04 p.m. GMT) on Saturday, the White House said.

The call comes as Russia-Ukraine tensions escalate, with Washington saying on Friday that Russia could invade Ukraine “at any time”.

The White House confirmed in a statement that the telephone conversation between the US and Russian presidents began at 11:04 a.m. (GMT 4:04 p.m.).

The U.S. Department of Defense (Pentagon) announced earlier Saturday that it was “re-employing 160 European troops from Ukraine” (without quoting them).

The U.S. embassy in Kiev also ordered the withdrawal of its non-essential staff.

On Friday, US National Security Adviser Jake Sullivan called on Russia’s occupation of Ukraine “at any time” and called on its citizens to leave Ukraine “immediately”, saying their country would not evacuate in the event of an invasion.

Westerners accuse Moscow of wanting to occupy Ukraine, pointing to the deployment of 120,000 Russian soldiers and tanks and artillery that had accumulated over the weeks on the border of the former Soviet republic.

Moscow denies such intent and assures that this military stand is a reaction against NATO’s “threatening” posture on its borders.