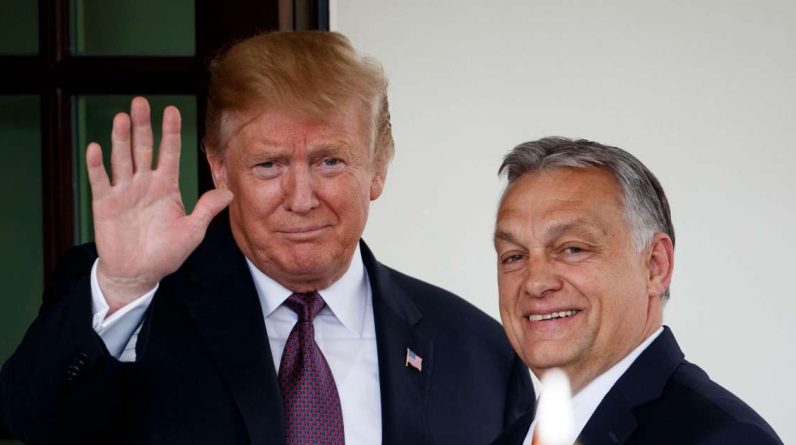 Torn, thrown down the toilet or sent to Florida … Donald Trump’s management of his official documents was at the heart of multiple investigations, Thursday, February 10. In recent weeks, the former President of the United States has been repeatedly accused of deliberately neglecting some of his files before their mandatory transmission to the National Archives.

Donald Trump and the Republican Party: a fortress that is cracking

This federal agency has according to several media outlets asked the judiciary to open an investigation after it had to recover in Florida fifteen boxes of documents that Donald Trump had taken with him when he left the White House in January 2021.

The rest after the advertisement

In these boxes, letters from Barack Obama and North Korean leader Kim Jong-un, a map of the United States that had been the subject of heated exchanges with the US weather service, but also, according to the “Washington Post”, several documents marked “secret defense”.

The National Archives assures that the Republican had no right to leave with these boxes under any circumstances: under a 1978 law, any American president must transmit all his emails, letters and other working documents to this agency, responsible for keeping them. Asked by AFP, the National Archives and the Ministry of Justice would not confirm or deny on Wednesday the request for the opening of an investigation.

But the very next day, Donald Trump’s papers found themselves at the heart of a new case. In the book “Confidence Man”, to be published on October 4 and from which the Axios website has just broadcast excerpts, “New York Times” reporter Maggie Haberman assures that White House staff regularly discovered wads of papers clogging the toilet and suspected the president of wanting to get rid of documents.

At the same time, a Congressional committee charged with overseeing federal authorities announced the opening of an investigation into the archives of Donald Trump. Its president, Democrat Carolyn Maloney, said “extremely concerned” by the practices of the former real estate mogul.

The rest after the advertisement

Donald Trump, already worried about the management of his taxes and how he would have tried to stay in power after his defeat in November 2020, is trying to minimize the case. His exchanges with the National Archives have always been « respectful » and « collaborative », he assured in a statement on Thursday, denying in passing that he could have thrown any official document in a toilet. He promised that some of them would one day be exhibited in his presidential library.

Sheets “glued together with scotch tape”

Last week, the National Archives also revealed that the former leader used to tear up some of his working documents, another practice contrary to the 1978 law. Sheets of paper transmitted to the Archives had been “glued with scotch tape” by “White House document management officials”, others were left as is, they said.

A year after the storming of the Capitol, the mysteries of a failed coup

Subscribe now! Support the work of a committed editorial team and join our community of 200,000 subscribers.

-50% the first year with Google

By choosing this promotional subscription path, you accept the deposit of an analysis cookie by Google.

Some of these documents were transferred by the Archives to a parliamentary committee investigating Donald Trump’s role in the assault on the Capitol launched by his supporters on January 6, 2021.

The Republican billionaire, who has repeatedly called this investigation “witch hunt”, accused the commission on Thursday of deliberately trying to divert attention “from the horrible situation the Biden administration plunged our country into”.