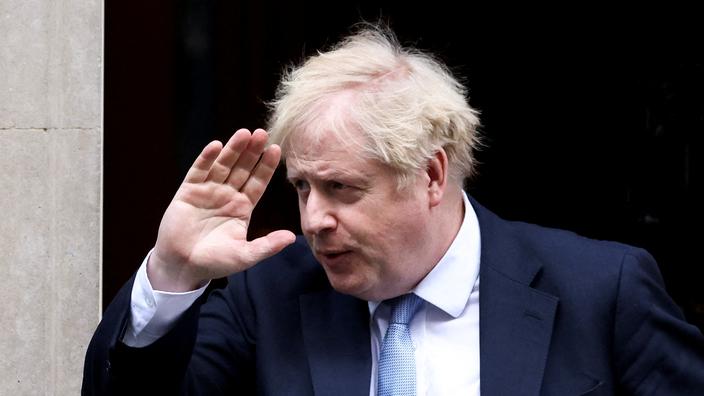 The UK stands ready to deploy an additional 1,000 troops in the event of “humanitarian crisis” related to tensions in Ukraine, announced on Wednesday evening, February 9, British prime Minister Boris Johnson, who is visiting Brussels and Warsaw on Thursday. “The alliance must draw lines in the snow and be clear that there are certain principles on which we will not compromise”, the British leader said in a statement, citing “the security of every ally (within) the right of every European democracy to aspire to NATO membership”.

Banning Ukraine from joining the Alliance is one of the main security demands of Russian President Vladimir Putin in the current crisis, where the West accuses Moscow of preparing to invade this country. During his trip, Boris Johnson is due to meet NATO Secretary General Jens Stoltenberg in Brussels, and then Polish President Andrzej Duda and Prime Minister Mateusz Morawiecki in Warsaw.

Boris Johnson announced that an additional 1,000 British troops would stand ready to support NATO and allies in the event of “humanitarian crisis”, according to Downing Street. The British proposal to strengthen NATO’s defenses includes, in particular, the doubling of the number of British troops in Estonia (about 900 military personnel currently in this Baltic state), the deployment of fighter jets in southern Europe and the sending of two ships to the Eastern Mediterranean. London stresses that any Russian incursion into Ukraine would result in a “humanitarian disaster”, which would likely lead to forced displacement of populations at the borders of Europe, especially to countries such as Lithuania and Poland.

See also  Protests over George Floyd's death: They would have been greeted with vicious dogs, weapons: Trump over American protesters

To read alsoCaught off guard by the Ukrainian situation, German diplomacy stuck between the American ally and the Russian neighbor

The United Kingdom announced this week the deployment of 350 additional troops in Poland, which are in addition to a hundred military personnel already present on its territory. Boris Johnson, who visited Kiev this week, launched at the Moscow address : “What we need to see is real diplomacy, not coercive diplomacy”. His Foreign Minister Liz Truss meanwhile arrived in the Russian capital on Wednesday to meet her Russian counterpart Sergei Lavrov and «strongly» to encourage Russia to enter the diplomatic path.

The Russian Foreign Ministry responded by calling for a “change of tone” on the British side, otherwise “any productive interaction is impossible, whether to solve bilateral problems or international problems”.