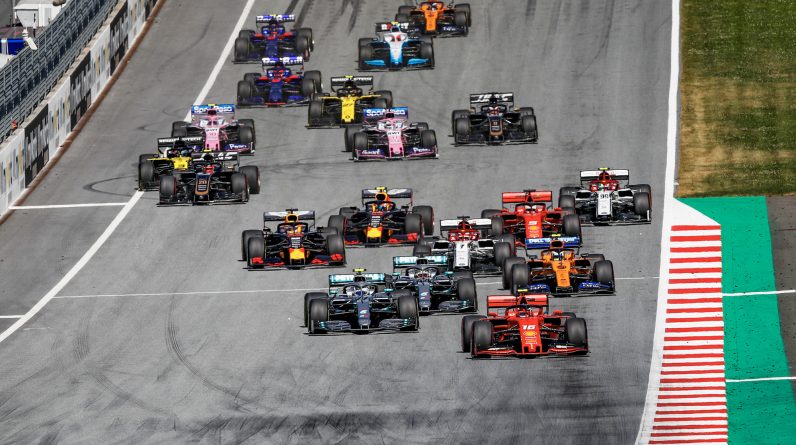 Formula 1 is the sport for everyone who likes fast cars. In this premier class of motorsport, there is a constant battle between drivers and teams. For whom will the national anthem be played after the Bahrain or Hungary race? And do the two Ferrari drivers jointly score more points than the Red Bull or Mercedes drivers? This fast-paced sport is all about the perfect collaboration between driver and racing car. Even the most talented driver cannot do without a car that is at the top in terms of design and technology. That is what makes this sport so exciting. The races get even more exciting when you bet money on them. The bookmakers have plenty of bets to choose from. For example, bet on the Grand Prix winner or go for a head-to-head bet. Of course, you can also bet live on Formula 1.

Formula 1: An Exciting Sport To Bet On

The rules of Formula 1 are basically very simple. There are about twenty drivers at the start, and they all aim to be the first to cross the finish line. It is a question of speed, but also of guts and strategy. Because who dares to dive inside that tight bend, with all the associated risks? And could the team’s good pit-stop strategy help the driver gain a few spots? Even the weather can play a big part during the race. A heavy downpour forces teams and drivers to make choices. It can be smart to take immediate action and replace the regular tires with full wet tires as soon as possible. But those tires only perform well when the asphalt is quite wet.

A good strategy in combination with a good driver does not guarantee a win. A seemingly easy win can turn into a scoreless race in a split second. A straggler who isn’t paying attention or an overtaking action that is too risky may well put the dead favourite off the track. Or what about a chaotic start in which several drivers immediately suffer damage to their car? Formula 1 is an exciting sport and only becomes more interesting if you bet money on it. Also the popularity – it said partly due to the success of Max Verstappen – is increasing, so that betting in general is being done among more and more people.

See also  Thunder among the curries!

A Whole Season Under the Spell of Formula 1

Formula 1 has been around since 1950. In that year, the Italian Guiseppe Farina became the very first Formula 1 world champion. A lot has changed in the sport in the past seventy years. For example, the racing cars of today can no longer be compared with the cars of the past. Many improvements have been made in terms of both design and technical possibilities. But the teams do not have a free hand in this. The FIA (Fédération Internationale de l’Automobile) determines exactly which requirements the cars must meet. This is to keep the sport as safe and fair as possible.

The Formula 1 season usually runs from mid-March to the end of November. In that period, about twenty Grand Prixs are held, which amounts to about one race every two weeks. Every race is different. For example, it is difficult to overtake on the narrow street circuit of Monaco. A good qualification is then essential. The Belgian Spa-Francorchamps and the Austrian Red Bull Ring offer many more opportunities to pass the competitors. All these different factors therefore also directly provide opportunities and options for placing F1 bets.

The Formula 1 circus travels all over the world during the season. Albert Park in Australia and Interlagos in Brazil have long been a fixture in the Formula 1 season.

Every Grand Prix there are two things: who will finish on the podium and who will collect points? Points are important to finish as high as possible in the ranking at the end of the season. The winner of the race will receive 25 points, the number two will receive 18 and the number three will receive 15 points. Even the driver who finishes tenth still gets 1 point. The points are important for the drivers, but also for the teams. For the constructors’ title (the team that has performed the best in the season), the points of both drivers are added together. So there are many different interests at play during the Formula 1 season.

Formula 1 Betting on the Many Grand Prix of the Season

A race weekend in Formula 1 runs from Friday to Sunday. On Fridays, time is reserved for free practice sessions. This is the moment when teams and drivers can still fully test on the track. For you, as a gambler, it only starts to get really interesting when Saturday arrives. That is the day of the qualifications. And with those qualifications, you can already make all kinds of F1 bets. But of course, you can also save your money for Sunday: the day of the race. This is ultimately the most popular day for most gamblers to place a well-thought-out bet with betting on Formula 1.

Who Will Take Home the Top Prize at the End of the Racing Year?

Winning a Grand Prix is of course fun, and for some drivers that is the highest achievable. Yet every season there is a small group of riders for whom winning a race is an afterthought. They have set themselves a higher goal: to become world champions.

Formula 1 has produced some great champions in the past. What about Jackie Stewart, Niki Lauda, Ayrton Senna and Michael Schumacher? More recent world champions such as Sebastian Vettel and Lewis Hamilton should not be missing from this list. Whether a driver has a chance of winning the world title roughly depends on three factors: talent, the car and financial resources. There can be a great driver in someone, but without a real top car the chance of a successful season is small. The car must first and foremost be reliable. There are plenty of examples of drivers who stood along the track one race after the other with technical problems. A strong engine is equally indispensable. Winning is difficult when a driver is constantly overrun on long straights, simply because the competition has a better engine. It largely depends on a team’s financial resources whether a car is good enough to help a driver to the world title.

Formula 1 is really about perfect cooperation between the driver and his team. That is why there are two big prizes to be awarded at the end of the season. The driver with the most points can call himself world champion, while the team with the highest number of points wins the constructors’ title. For the constructors’ title, the points of both drivers from the team are added together.