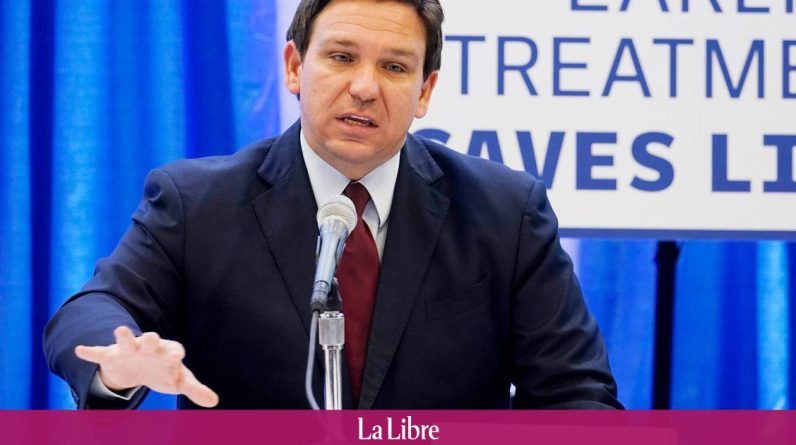 Donald Trump is preparing, in the shadows, the next presidential election of 2024. But now he could face a strong opponent for his party’s nomination. Ron DeSantis, governor of Florida since January 2019, is the rising star of the Republican party and is tipped to be the next nominee.

After several years in the U.S. Navy, Ron DeSantis ran in 2012 as the Republican candidate for the U.S. House of Representatives in Florida. A seat he won. He was then elected governor of the state in 2018, with the help of Donald Trump himself. The then-president had tweeted that “Ron DeSantis would make a great governor”.

Politically, Ron DeSantis has everything to appeal to the Republican electorate. A ban on transgender girls from playing on women’s teams in schools, legislation that could infringe on the right to protest, the hunt for teachers who teach critical race theory, a stance against abortion rights, skittish about welcoming migrants, a desire to create an electoral police… The governor displays an ultra conservative line, close to his former mentor.

It is in 2021 that he begins to make a mark on the political landscape. A speech in Orlando in February last year, where he denounced the “failed Republican establishment” of before Trump, allowed him to achieve good results in opinion polls. From that moment on, he took a stand against the health restrictions imposed by the Biden administration.

The popularity of Ron DeSantis in the Republican party is beginning to annoy Donald Trump. In a recent interview with the far-right media outlet OAN, the ex-president called “deflated” politicians who refuse to say if they have received their third dose of Covid-19 vaccine. Trump himself had revealed that he had received his booster. An indirect attack that was still aimed at Ron DeSantis. The Florida governor had argued that his vaccination status was a private matter.

See also  A giant butterfly is found in an Australian school

The latter had retaliated by criticizing the health policy of the White House at the beginning of the pandemic, considered too restrictive according to him.

According to USA Today, Trump’s close advisers have made it known that the billionaire is very critical of the governor in private, believing that he lacks gratitude. However, Trump is trying in public to silence his divisions with his former protege, telling Fox News he might even take him on as a co-host. On the other hand, the DeSantis clan assures that it is still too early to talk about 2024. Case to follow.