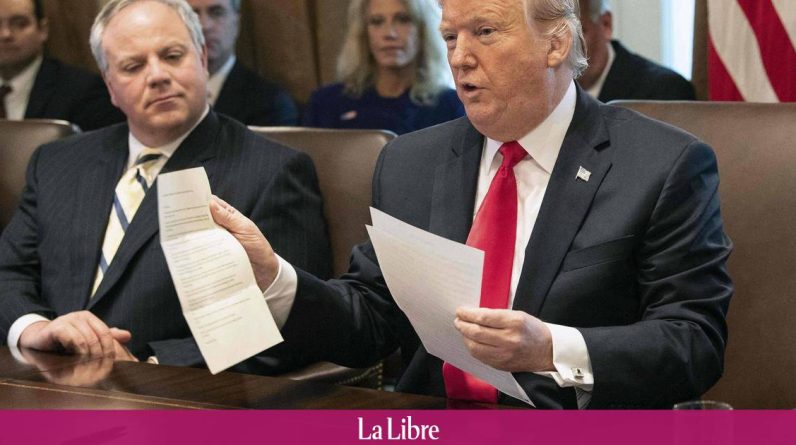 Leaving the White House, Donald Trump took with him letters from Barack Obama and North Korean leader Kim Jong Un, which the National Archives had to go to Florida to collect.

At the end of his term, any American president must transmit all his emails, letters and other working documents to the National Archives, responsible for preserving them.

But as he was leaving Washington, the Republican billionaire decided to take several boxes with him, to his Mar-a-Lago, Florida, residence, the National Archives announced on Monday.

According to the Washington Post, these included gifts from foreign leaders, a letter left by his predecessor Barack Obama, but also several letters written by Kim Jong Un.

Donald Trump, the first sitting US president to meet a member of the Kim dynasty, had a well-known epistolary relationship with the North Korean leader.

But in mid-January, the National Archives “organized the repatriation of 15 cartons containing presidential documents” from Donald Trump’s Florida property to Washington, they said in a statement sent to AFP.

“These documents should have been sent to the Archives by the White House at the end of the Trump administration, in January 2021,” they point out.

However, some documents have not yet been recovered. According to the Archives, “representatives of the former president continue to search for presidential archives”.

Last week, this institution had already revealed that the former president used to tear up some of his working documents, another practice contrary to a 1978 law.

Some sheets of paper passed to the Archives had been “taped back together” by “White House records management officials,” they said. Others left as is.