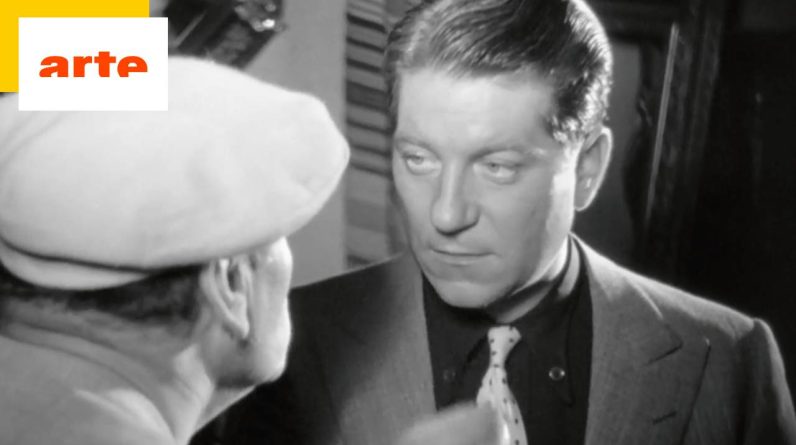 Pépé le Moko is spending tonight on ARTE, the opportunity to see or rediscover this classic of French cinema that inspired Casablanca and two American remakes!

The film Pépé le Moko by Julien Duvivier, is adapted from the novel of the same name by Henri La Barthe published in 1931. It tells the story of the hunt by the police for the criminal Pépé le Moko (Jean Gabin) who has found refuge in the casbah (the old city) of Algiers. During his escape, Pépé meets Gaby (Mireille Balin), and falls madly in love with her.

The feature film was released in France in 1937 and the following year, an American remake was launched, which was followed by a second remake, in 1948.

In 1938, the Walter Wanger production company very quickly financed a remake of Pépé le Moko featuring Charles Boyer, a French actor who had just arrived in Hollywood, and Hedy Lamarr, for the first time credited under this name on the screen. The direction is provided by John Cromwell, who is coming out of the success of the Prisoner of Zenda.

The latter does with the budget allocated to him and manages to make an illusion thanks to shots actually shot in Algiers by a third-party team and resorts to close-ups in many scenes in order to hide his lack of means. Wanger does not hesitate to reuse the music of Vincent Scotto and Mohamed Iguerbouchène, directly taken from Duvivier’s film.

According to legend, Wanger tried at the time to make all the copies of Pépé le Moko disappear so that the connection with his film, entitled Casbah, could not be made. Fortunately, he did not succeed. His film was nominated for four Academy Awards, including one for the “Pépé” played by Boyer, who inspired the animator Chuck Jones the character of Pépé le Purois.

After debuts at RKO and Paramount, director John Berry signs Casbah, a new adaptation of the novel Pépé le Moko with Tony Martin in the role, and Yvonne De Carlo, revealed in The Loves of Salome three years earlier, in that of Inez.

Benefiting from a budget almost doubled compared to the 1938 version, this new version of Casbah is distinguished by the number of extras it can afford to show on the screen in the same shot, and by its musical passages. If Duvivier’s version included the title So where are they? hummed with emotion by Fréhel, Casbah includes several songs, one of which was nominated for an Oscar the following year.

If Pépé le Moko inspired Casablanca (1942), it is no coincidence to find in this version of Casbah from 1948 Peter Lorre, who was already in the credits of Michael Curtiz’s film.

As for what “moko” means, be aware that it is a Provençal slang word for a sailor of the French Navy sailing in the Mediterranean, whose home port is Toulon.